It MACD entry aiming at the timing at which the volume has increased rapidly in the currency.

Further implements the "candle stop function (to be described later)" function that will be rounded up to the favorable position the loss cut using the candlestick that is the loss has become difficult to lose structure small profit large as EA.

Fewer trade opportunities since the beginning of October (to avoid the trick of the market, are multiplied by the entry filter by volume),

Did not have the most buying and selling, later this week, just finally took the position, as described below, we were closing out.

The result is explosion gain of about 600pips! ! ! 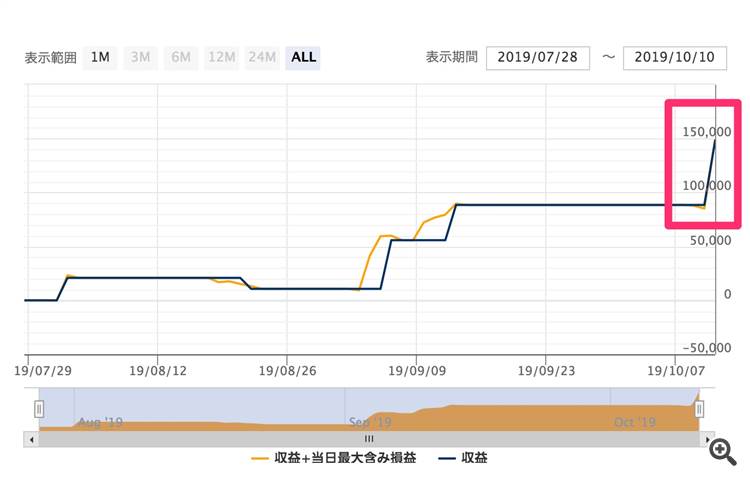 Auto buying and selling trade of this time, it will happen likely to be said to be a fluke, so (laughs), the last month of the automated trading trade sample also to introduce. 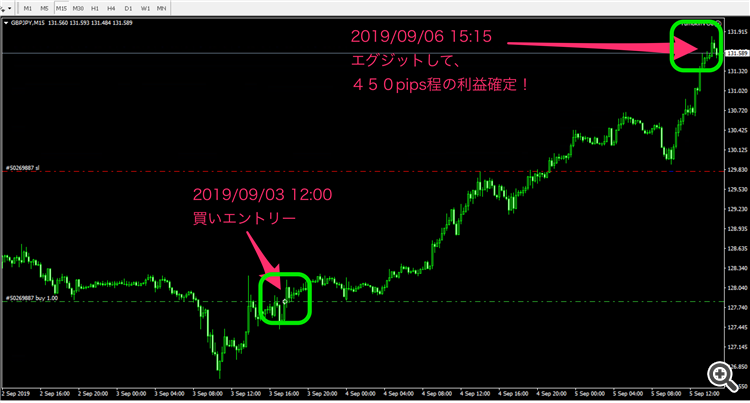 Why, say or put out the interests of the so blow deadly,

When it is small to cut losses, to thoroughly profit when you profit, the so-called loss small profit large design because are to.

Specifically, it is designed with the following specifications.

Maximum Take Profit: 0pips (of the weekend closing out or, unless it is settled by candles stop function which will be described later, infinity )

It should be noted that, as described below, I was allowed to release in a state of being optimized using historical data from 2005 to 2018. 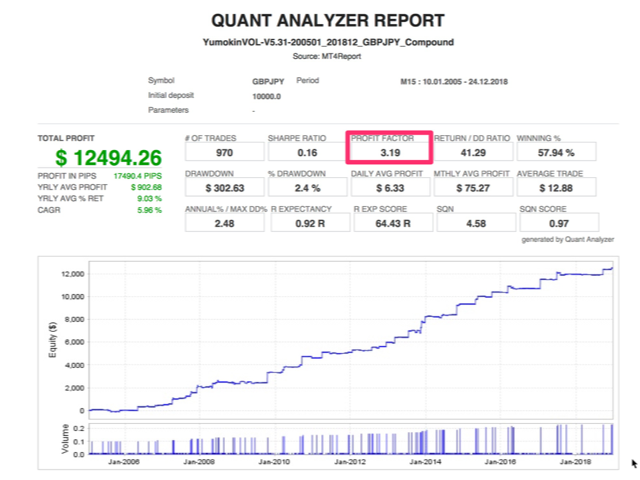 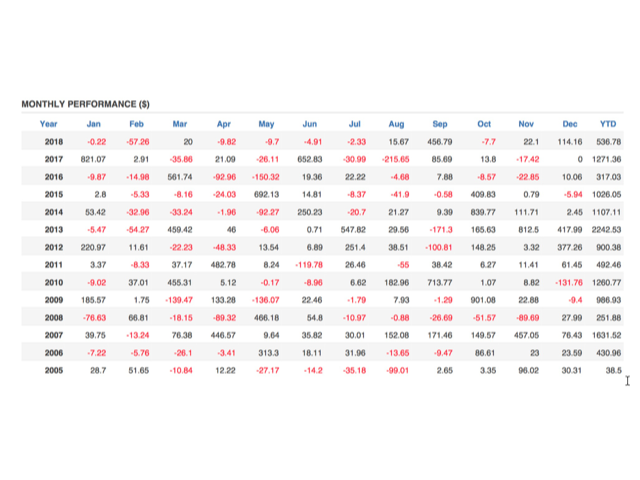 Incidentally,For FX users, what kind of logic did you use to get 600pips in a single shot?

This time, we will publish some of the implemented logic.

Roughly speaking, it will be entered when MACD gains momentum. 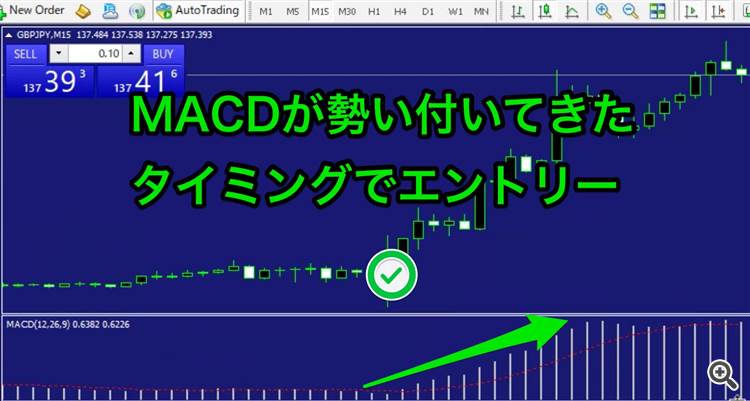 2,Entry only when volume increases.

This is in order to prevent a foul market such as a hedge fund mechanism.

By introducing this filter, the number of trades will be reduced, but entry will be made at a time when it is difficult to lose.

・In the “Buy” position, the loss cut is automatically set near the lowest price of the most recent N candlesticks.

・ In the “Sell” position, the loss cut is automatically set near the highest price of the most recent N candlesticks.

It incorporates a function that does.

If you break the highest and lowest candlestick prices, the trend will often occur in the direction of the break, so we think it makes sense to place a loss cut near it.

By incorporating this "candle stop function" into this EA,

In order to cut up the loss cut in an advantageous direction,

It has a structure that is difficult to lose.

The currency of GBPJPY has a larger price fluctuation range than other currencies,

I don't recommend it because it will burn if an amateur puts out a hand at discretionary trade,

We consider it a suitable currency for EA trading.

In the future, the news that the UK will pass the euro

I think the price of sterling yen is moving greatly.

In addition, this EA is good at swing trading with a small loss.

I think that it will become a balanced EA operation by incorporating it as part of the portfolio.

After starting EA production in 2014,

Many so far EA I've been doing research through trial and error,

“YumokinVOLCompound” released this time is

For FX usersThe supportI think it ’s an EA.

CORONAVIRUS: NOT TIME TO GET SICK, TIME TO PROFIT