Markets are recovering from Friday's big selloff, with stocks in Europe and the US rallying. 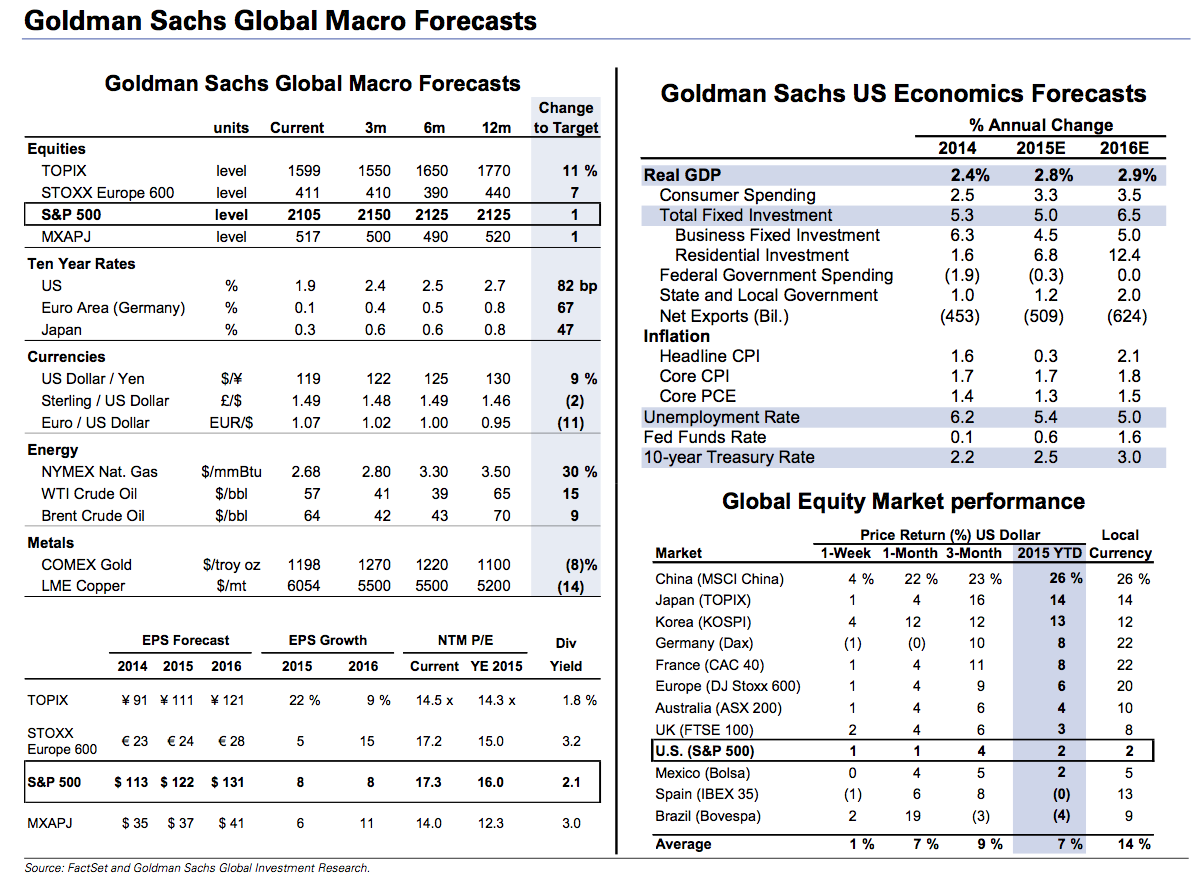 West Texas Intermediate crude prices are near year-to-date highs, while gold is falling.

In a recent note, Goldman economist Jan Hatzius said he sees US economic growth bouncing back in the second quarter after a below-trend first quarter.

As for what else the rest of the year holds, Goldman's chief equity strategist David Kostin included the following slide in his US Weekly Kickstart note, summing up the firm's outlook for every major market in 2015 and beyond.

"US macroeconomic data have disappointed expectations year-to-date. Q1 growth now looks likely to be significantly below trend. However, we think that the pattern of growth in 2015 will probably mirror that of last year, with weak growth starting off the year, followed by a bounce-back beginning in Q2."

Here are the five reasons why Hatzius believes economic growth will bounce back in Q2: