SAWA Grid is a trading robot that uses a programatic state machine to trade.

To be able to compare the movement of the different assets that the user selects at the start of the program, this robot uses a simple method to normalize it that consists of calculating the profit over time in USD of all the available prices for the assets of the portfolio.

If the user selects the next assets: BTC, ETH, BNB. The robot will trade the symbols of the different combinations of these assets: ETH-BTC, BNB-ETH and BNB-BTC.

Due to the difference of the assets in which the prices are measured, to compare the movements in the same scale, the robot stores the price of each of them at the initialization.

Also calculates the equivalent of 1000 USD of the base asset ( the left asset on a symbol ) of each symbol.

With that initial price and the initial volume set, the robot calculates at each iteration the current profit for each symbol in USDT.

Now we can compare the movement of the different symbols over time.

The expert advisor is named “Grid” because it uses static levels to buy and sell. 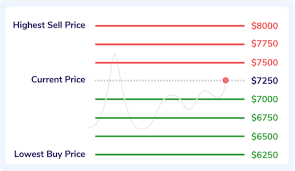 With that initial price and the initial volume set, the robot calculates at each iteration the current profit for each symbol in USD.

Now we can compare the movement of the different symbols over time.

The expert advisor is named “Grid” because it uses static levels to buy and sell.

The first thing the robot will ask you to do is to set the range of the grid in USD.

As we are working with a virtual position of 1000 USD, a range of 10 will mean that the robot will catch movements of 1%.

How does the robot decide in which direction has to trade?

The robot compares the current profit with the target profit that has to have to open the trade.

At moment zero, if we have set a target of 10, the robot wont do anything until it reaches +10 or -10. In that moment the expert trades and modifies the target levels. by 10 in the direction in which it has moved.

If the performance of the symbol has gone down by 10 and there is enough capital to trade it will open a BUY. And the next levels will be 0 and -20.

If the performance of the symbol goes up again, it will sell at level 0 what it bought at level -10.

In the case of not having enough capital to convert at that moment, the levels will be updated anyway.

The next thing the robot asks you to input are the assets.

Enter them one by one in UPPERCASE and press enter for each.

When you are done type exit in lowercase to continue.

The last parameter to configure is the volume.

There are two options of money management:


The first one, shows you the maximum “minimum volume” allowed to trade before selection.

With the second mode, the robot always checks if the amount is higher than the minimum lot, if it isn’t the robot will use the minimum volume allowed.

Take in mind that maybe the minimum volumes are different for the symbols, depending on the minimum notational parameter defined by binance.

HOW TO USE IT:

If the price in dollars of your portfolio goes up and the robot sells your assets you won't catch big positive movements. Also note that in cryptos there is no such thing as SELL contracts.

In cryptos you only exchange value. Is recommended to check the value of your assets against USDT to stop the robot and sell all your assets if it's necessary.

The edge of the robot is that, over time the price moves on ranges and it allows us to accumulate assets. As long as you trust what you are buying and keep the risk low you would be able to continue exchangin the assets at all prices and keep scraping on percent at a time.

When you run out of one asset means that you have sold it for other assets that have performed worse against it.

In this situation there is no problem if you just wait for it to perform one level worse and let the robot do its thing. You can also buy more of it manually if you expect it to continue appreciating in the short term. 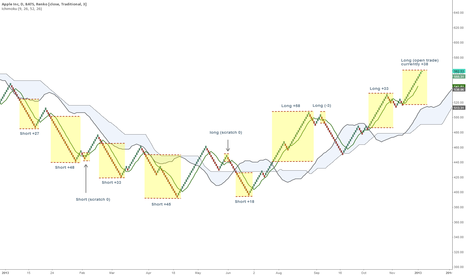