All
messages
The Only Constant Is Change!

MetaQuotes 2015.04.01
Three new videos on Virtual Hosting in MetaTrader 4 and 5 are available on our YouTube channel. Now, you need only six minutes to find out how the service works, what benefits it provides and how you can manage it.

MetaQuotes 2015.05.19
At the end of the last year, we informed you about the first MetaTrader 5 launched in Thailand. One of the leading Thailand brokers Apple Wealth started offering the terminal in demo mode. Recently, the company has undertaken yet another step - now, its clients trade shares at SET (Stock Exchange of Thailand) and MAI (Market of Alternative Investment). For the first time, Thai traders have now access to the most advanced platform for a full-fledged automated Exchange trading.

MetaQuotes 2015.05.21
The Market of trading applications for the MetaTrader platforms features a huge selection of robots and technical indicators from reliable software developers. When we say "huge", we mean that it is the largest and the fastest growing selection of trading apps on the web. In May 2015, the number of different products exceeded 5,000!

Only the Market provides a plethora of programs for MetaTrader - everything from sophisticated artificial intelligence robots to simple indicators. Anyone who wants to improve the level of knowledge and find out new trading ideas, will like the wide variety of financial magazines and books. 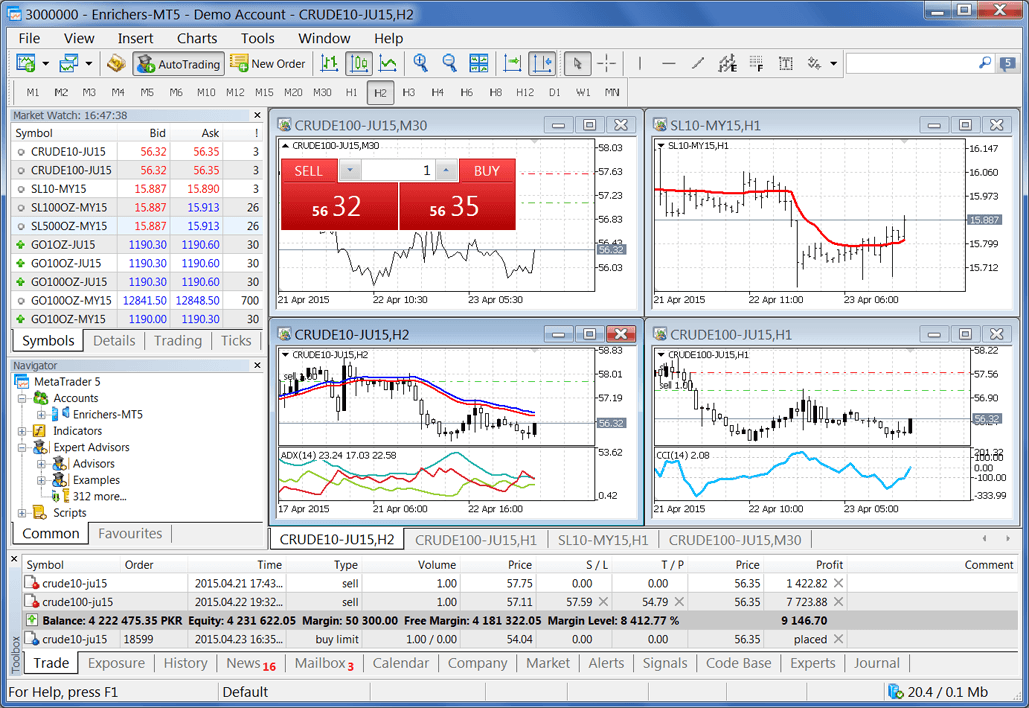 MetaQuotes 2015.05.05
MetaTrader 5 iOS what's new, or why you need to download the latest build immediately:

1. Now, you can open demo accounts in a single click for convenience. You do not need to specify your registration information when opening such an account.
2. The internal chat has been optimized to offer improved message synchronization and design.
3. Support for 64-bit architecture improves the application performance on the new Apple devices (starting with iPhone 5s and iPad Air).
4. The Ask line has been added to the charts at the requests of the users.
5. The process of sending a trade request has been accelerated.
6. The display of the financial news content has been improved. Also, the option for automatic news line filtration by language has been added.

Rodrigo Malacarne 2015.01.15
Thank you MetaQuotes!!! After 8 months, finally options strike prices on the next MT5 Build !!! 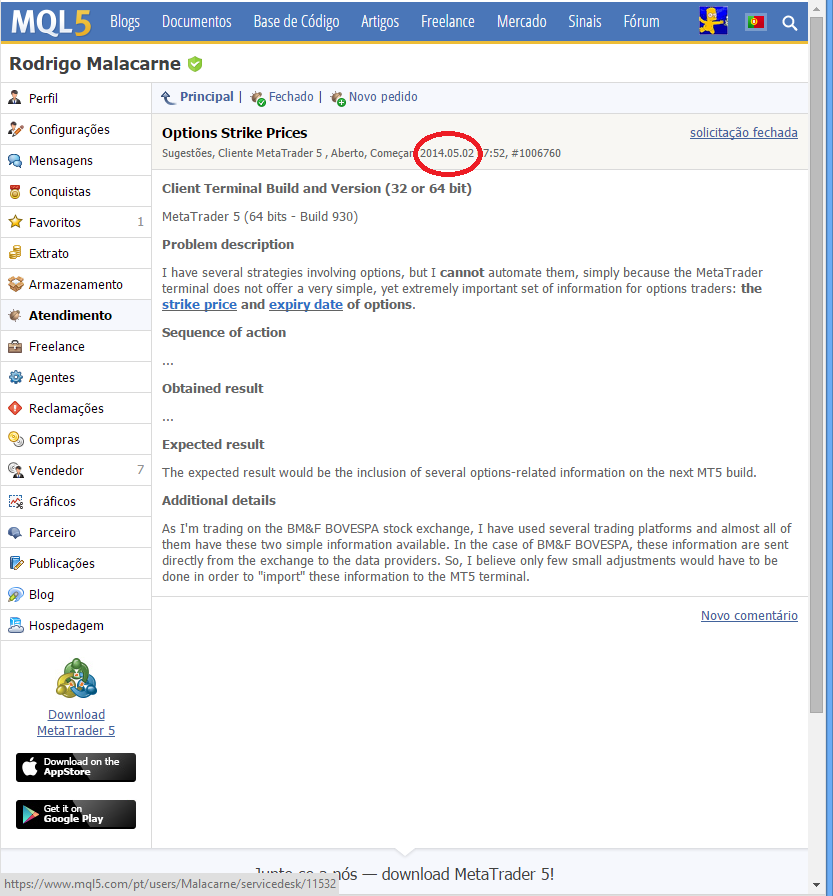 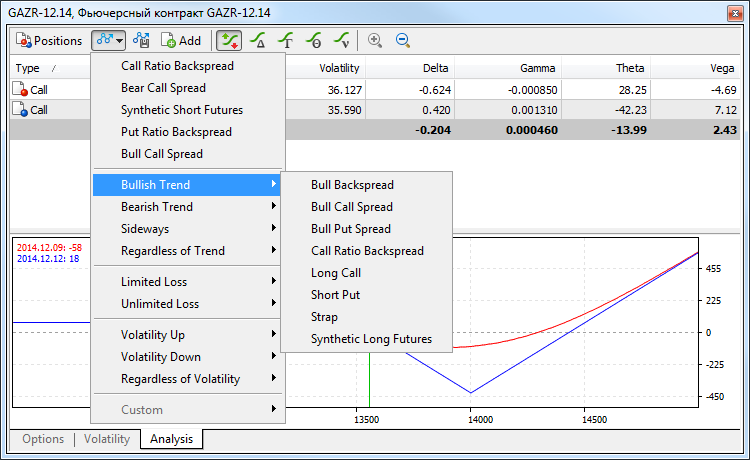 MetaQuotes 2014.10.17
The MetaTrader 5 trading platform continues its expansion in the fast growing markets. In mid-October, one of the Thailand brokers Apple Wealth officially launched the terminal in demo mode on the Stock Exchange of Thailand (SET). By December 2014, Thai traders using MetaTrader 5 will have a real opportunity to trade stocks and futures on the Stock Exchange of Thailand and the Thailand Futures Exchange (TFEX). 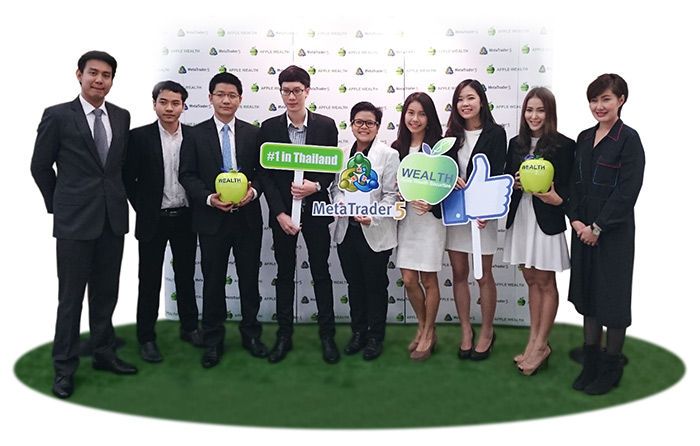 Matthew Todorovski 2014.09.29
5 U.S. Banks Each Have More Than 40 Trillion Dollars In Exposure To Derivatives

(EconomicCollapseBlog) - When is the U.S. banking system going to crash? I can sum it up in three words. Watch the derivatives. It used to be only four, but now there are five “too big to fail” banks in the United States that each have more than 40 trillion dollars in exposure to derivatives.

And unlike stocks and bonds, these derivatives do not represent “investments” in anything. They can be incredibly complex, but essentially they are just paper wagers about what will happen in the future. The truth is that derivatives trading is not too different from betting on baseball or football games. Trading in derivatives is basically just a form of legalized gambling, and the “too big to fail” banks have transformed Wall Street into the largest casino in the history of the planet. When this derivatives bubble bursts (and as surely as I am writing this it will), the pain that it will cause the global economy will be greater than words can describe.

If derivatives trading is so risky, then why do our big banks do it?

The answer to that question comes down to just one thing.

Greed.
The “too big to fail” banks run up enormous profits from their derivatives trading. According to the New York Times , U.S. banks “have nearly $280 trillion of derivatives on their books” even though the financial crisis of 2008 demonstrated how dangerous they could be…

American banks have nearly $280 trillion of derivatives on their books, and they earn some of their biggest profits from trading in them. But the 2008 crisis revealed how flaws in the market had allowed for dangerous buildups of risk at large Wall Street firms and worsened the run on the banking system.
The big banks have sophisticated computer models which are supposed to keep the system stable and help them manage these risks.

But all computer models are based on assumptions.

And all of those assumptions were originally made by flesh and blood people.

When a “black swan event” comes along such as a war, a major pandemic, an apocalyptic natural disaster or a collapse of a very large financial institution, these models can often break down very rapidly.

For example, the following is a brief excerpt from a Forbes article that describes what happened to the derivatives market when Lehman Brothers collapsed back in 2008…

Fast forward to the financial meltdown of 2008 and what do we see? America again was celebrating. The economy was booming. Everyone seemed to be getting wealthier, even though the warning signs were everywhere: too much borrowing, foolish investments, greedy banks, regulators asleep at the wheel, politicians eager to promote home-ownership for those who couldn’t afford it, and distinguished analysts openly predicting this could only end badly. And then, when Lehman Bros fell, the financial system froze and world economy almost collapsed. Why?
The root cause wasn’t just the reckless lending and the excessive risk taking. The problem at the core was a lack of transparency. After Lehman’s collapse, no one could understand any particular bank’s risks from derivative trading and so no bank wanted to lend to or trade with any other bank. Because all the big banks’ had been involved to an unknown degree in risky derivative trading, no one could tell whether any particular financial institution might suddenly implode.
After the last financial crisis, we were promised that this would be fixed.

But instead the problem has become much larger.

When the housing bubble burst back in 2007, the total notional value of derivatives contracts around the world had risen to about 500 trillion dollars.

According to the Bank for International Settlements , today the total notional value of derivatives contracts around the world has ballooned to a staggering 710 trillion dollars ($710,000,000,000,000).

And of course the heart of this derivatives bubble can be found on Wall Street.

What I am about to share with you is very troubling information.

I have shared similar numbers in the past, but for this article I went and got the very latest numbers from the OCC’s most recent quarterly report . As I mentioned above, there are now five “too big to fail” banks that each have more than 40 trillion dollars in exposure to derivatives…

As Zero Hedge recently detailed, German banking giant Deutsche Bank has more exposure to derivatives than any of the American banks listed above…

Deutsche has a total derivative exposure that amounts to €55 trillion or just about $75 trillion. That’s a trillion with a T, and is about 100 times greater than the €522 billion in deposits the bank has. It is also 5x greater than the GDP of Europe and more or less the same as the GDP of… the world.
For those looking forward to the day when these mammoth banks will collapse, you need to keep in mind that when they do go down the entire system is going to utterly fall apart.

At this point our economic system is so completely dependent on these banks that there is no way that it can function without them.

It is like a patient with an extremely advanced case of cancer.

Doctors can try to kill the cancer, but it is almost inevitable that the patient will die in the process.
The same thing could be said about our relationship with the “too big to fail” banks. If they fail, so do the rest of us.

We were told that something would be done about the “too big to fail” problem after the last crisis, but it never happened.

In fact, as I have written about previously , the “too big to fail” banks have collectively gotten 37 percent larger since the last recession.

If those banks were to disappear tomorrow, we would not have much of an economy left.

But as you have just read about in this article, they are being more reckless than ever before.

We are steamrolling toward the greatest financial disaster in world history, and nobody is doing much of anything to stop it.

Things could have turned out very differently, but now we will reap the consequences for the very foolish decisions that we have made.

MetaQuotes 2014.09.23
We are pleased to announce about the geographic expansion of the company by the establishing of a new representative office. MetaFintech LLC has become the company's official agent in the largest international business center of the Middle East - Dubai, United Arab Emirates.

MetaFintech will be carrying out sales and technical support for all products of MetaQuotes Software - trading platforms MetaTrader 4 and MetaTrader 5 as well as the system of business automation “TeamWox". The company will be targeting the South Asian region. All brokers and banks, operating there, will be potential clients.

The evolution of the Market increased the sales turnover: by July 2014, about 6 300 products worth a total of more than $522,000 have been sold in the Market, while 520 sellers and 24 500 buyers have already passed through the application store. This increase in sales has given rise to the emergence of the significant number of successful developers making $10,000 or more per month. Check the Market infographic below for more interesting statistical data on the Market service results.

MetaQuotes 2014.07.22
The largest Brazilian brokerXP Investimentos is holding its first trading championship - Campeonato de Traders 1ª Edição. The event is arranged with the help of MetaQuotes Software Corp. XP Investimentos has recently started offering MetaTrader 5 trading platform to 80 000 of their clients.

The competition is open to everyone. Participants are required to sign up, open a trading account with XP Investimentosand deposit 5 000 Brazilian reais to it. According to the contest rules, participants will trade BM&FBovespa mini-indexes within 4 weeks. The traders with the highest profit from initial deposit win the contest.

You can find the competition rules here http://portal-rs.xpi.com.br/email/regulamento.pdf

Fivos S. Georgiades | 2014.07.14
Respect! "Please note that we always say "investment" because it really is. At least, that's how we treat it, while most people don't. It's not a "get-rich-quickly" business, in which we can judge the results day by day. It becomes a "get-poor-quickly" business instead for those who chase fabulous profits. Maybe that is the reason why we have survived in this industry until now. To be honest, we were surprised to know that it is so hard to find a portfolio older than 2 years. Surprisingly, our account is the oldest one in MQL5! "

MetaQuotes 2014.07.11
Let us reveal a little secret: MQL5.com website visitors spend most of their time on Johnpaul77 signal's page (https://www.mql5.com/en/signals/30745). It is a leader of our rating having about 900 subscribed traders with the total funds of $5.7 million on real accounts. We have interviewed the signal's providers. As it turned out, there are four of them!

How are duties distributed among the team members? What technical tools do they use? Why do they call themselves John Paul? And finally, how have common gamers from Indonesia become providers of the top signal on MQL5.com? Find out all that in the interview https://www.mql5.com/en/articles/1045 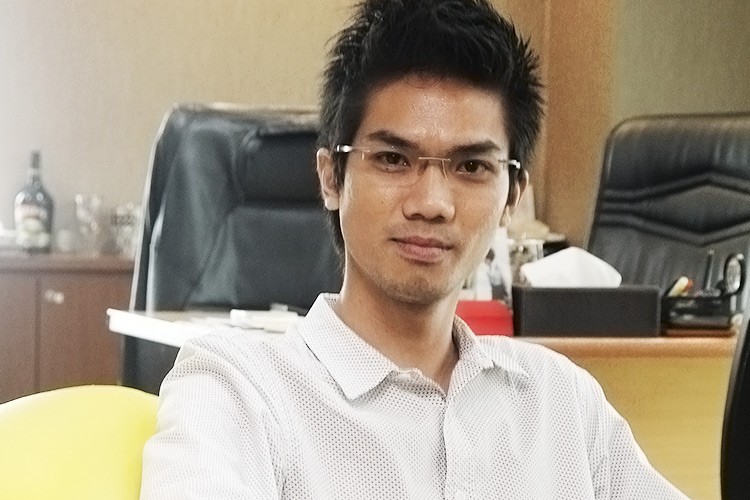