A Letter from Johnpaul77 - Retrospection
Hi everyone, it's me JP...
As we all know, the past 2 months were the worst months ever for our career as a signal provider and also the biggest losing months after 3 years. It became the worst not because of the result, but it's because we broke our own rules hence affected the result. Here are some rules that we broke :
Didn't use stop loss
Hold position(s) for too long
Believing/loving too much to one theory (in this case â€“ chart pattern)
Exceed our loss tolerance level
More than one average position in one pair
Force ourselves to trade during bad markets
Put ourselves on hoping instead of counting (read: gambling)
But somehow it's also the most valuable lesson for all of us especially me. So, let me tell you about what really happened in those months.
Yes, this was my fault. I lose my focus on trading and the biggest distraction was because I got too excited on the business side. There are so many business opportunities approaching us and keep coming in. I rarely came to the office and spent most of my time meeting new people for the business purposes.
Until one day when I had a full team meeting, I heard a lot of complaints and issues, most of them were because of the trades.
First, the gold trades, this was when all 'the bad lucks' began... Many subscribers were complaining about the gold trades and having a serious problem with it. I decided not to trade on gold unless it's showing a strong confirmation. It turned out to be straight gold losses.
We scared people away and ourselves as well without realized that gold has contributed a quite big gain of our entire portfolio.
Many of our clients and partners were following us through MQL5 and FXJunction by reading its comments and reviews. Subscriber's argument becomes their argument and their argument becomes our headache.
Now I understand why fund managers don't show their trades or speak directly to their clients, it's simply because of this psychological thing.
We feel like we owe them trades, profit trades. It's like we must prove that we can beat the market no matter what and it has to be 'now'. We forced ourselves to trade and have to be profit trades in order to cover the losses. The more we try, the more we lose, and this is what the theory called the revenge.
The most annoying part is when someone asks me, 'any trades for today John?' or 'how do you see the market today John?' and so on... Wait, that's not the worst, 'I'm paying for your signal so why don't you make any trades', that's the worst!
I mean, don't you people learn about what makes people lose so much money in forex? It's when they try to make money everyday or in every single trade. And what makes them lose deeper? It's when they seek for revenge.
Trading is about waiting for the moment, not seeking for the moment. How about the risk? I think each of us really should take a review on how we manage our risk. But yes, we finally fell into the same hole, broke our own rules, just like everybody else.
In short, we were no longer trade for ourselves without burden as how we used to be, instead, we trade for the sake of clients, subscribers, and partners. We trade for our faces - reputation.
Well, this is what social trading taught us and I guess this is the bad side of social trading for signal providers. I personally prefer Myfxbook or FXJunction system. It's because we only get commissions based on per lot traded. This way, we don't feel like owe any trades to our copiers even just to cover the subscription fee. But it's just my personal opinion.
There will always be some bad months for traders. Every trader has their own method, and every method has its own bad months. Take a closer look at our portfolio, there are months when we didn't trade at all.
Anyway, I'm not blaming social trading or subscribers or anything at all. Again, it's my own fault. I should have known how to handle things like this. I believe it's a part of learning curves that everybody must been through and that's so we remember it. The rest, only time can answer.
One thing for sure, we won't stop, we will keep trading. This is how we make a living and this is what we are good at, because we are traders!

喜欢JP最后一句话： ” we won't stop, we will keep trading. This is how we make a living and this is what we are good at, because we are traders“!

I'm getting a 80-85% Percentage Based Money Management. CatFx50 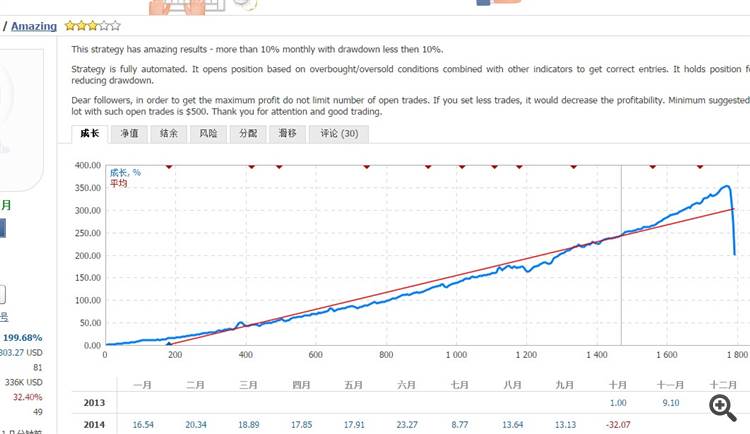