Moving Average of Oscillator (OsMA) is the difference between the oscillator and oscillator smoothing. 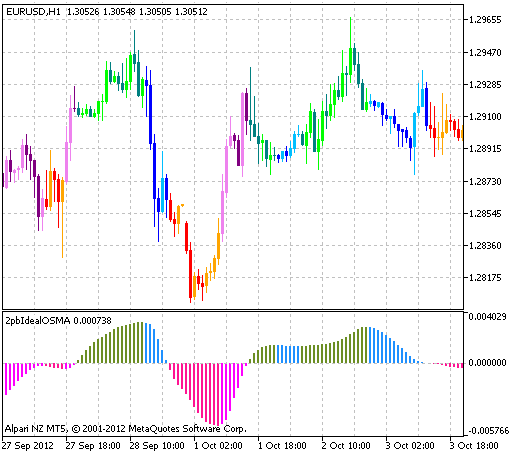 The function returns the handle of the Moving Average of Oscillator indicator. The OsMA oscillator shows the difference between values of MACD and its signal line. It has only one buffer.

Something Interesting in Financial Video June 2016

What is OsMA indicator?

A cross through the zero or center line can be a very simple way to decide if momentum is gaining to the bullish side, or if it is falling to the bearish side. Traders will use the side of the line that the histogram is on to help them decide which direction they want to be in a particular market. 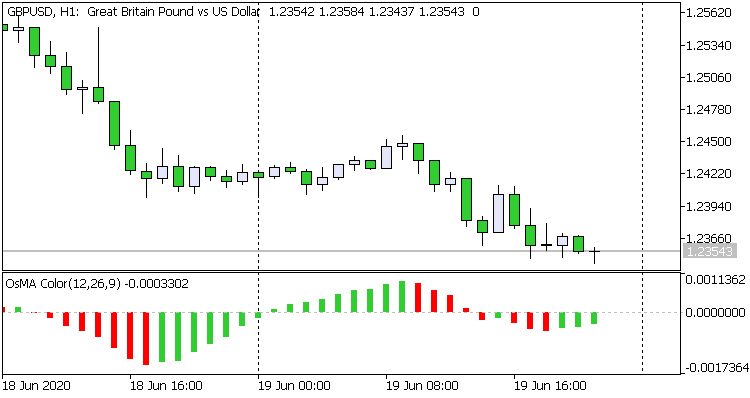 Add a little 'animation' to the iOsMA indicator (Moving Average of Oscillator, OsMA) - now the indicator is displayed based on the drawing style DRAW_COLOR_HISTOGRAM