Naked Gun trading system was inspired from the "Naked Forex : High-Probability Techniques for Trading without Indicators" Book by Alex Nekritin and Walter Peters, 2012.

The corner stone of the system is the support and resistance (S/R) zones.

These zones are areas on the chart where price reversed repeatedly.

The importance of a zone increases with the number of times it was respected as as S/R zone.

The line chart reveals zones easier than candle stick or bar charts, because the zones will be identified by repeated bends in the line.

The found zones should be spread out at fair distances, as they represent critical areas on the chart, and price does not reach these critical areas so often.

I will add example charts with identified S/R zones in my next posts.

Something Interesting to Read February 2015 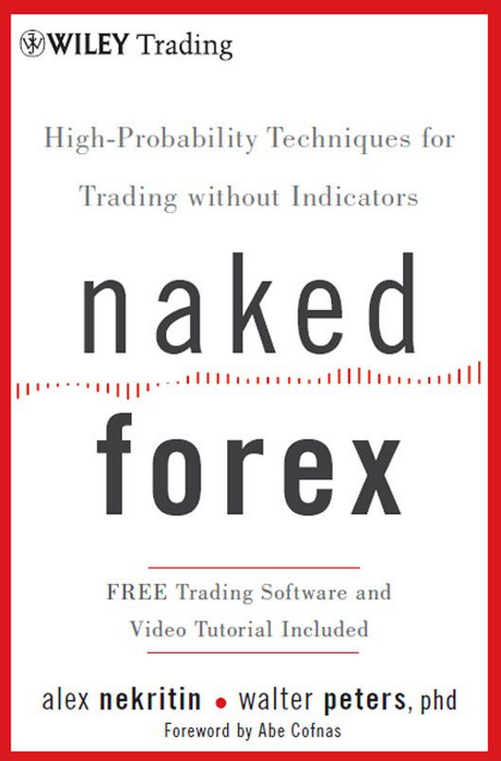 Most forex traders lose because they persist in believing three myths of successful trading:

Long before computers and calculators, trading was handledwithout complex technical analysis and indicators. Trading was old school - based on using only price charts - and it was simple, profitable, and easy to implement. In Naked Forex, they show you how to successfully trade this way.

This lively, three-part book lays out the authors' techniques indetail:

Engaging and informative, this practical guide touches on many provocative topics, including:

Naked trading is liberating, exhilarating, and frees you to focus on markets, instead of the indicators, say Nekritin andPeters. Follow their proprietary techniques to profitability with Naked Forex.

its great book to read i like it, explaining how pure Forex trading

My plan is to design, develop, code and test a complete system based on naked forex.

The most tricky part and most important part is the S/R zones.

But first let me summarize entries and exits of the system.

Entries : Valid only at S/R Zones:

With all these patterns, Entry is always via a pending stop order few pips above/below the pattern.

I will provide detailed description and recent chart examples on these candles/patterns later on after we cover the S/R Zones.

This is "my" view on S/R Zones on current GBPUSD H4 Line chart.

I'll be grateful if you share "yours" because the target of this stage is to find a "systematic" way of defining S/R Zones in order to study the possibility of automating them.

And this is how they appear on H1 Candle Stick Chart.

The 2 dotted lines are S/R zones missed from the H4 chart.

So I will pause here and continue this research on my own.

So I will pause here and continue this research on my own.

I think most of the readers don't know that interesting system - so they are just reading.

Just a few responses doesn't mean nobody is interested.

Show some trades: before and after entering, stops and targets and the final exit on higher and lower timeframes..

On Methods to Detect Perky Scalp System - Difficulty in attempt of

I think most of the readers don't know that interesting system - so they are just reading.

Just a few responses doesn't mean nobody is interested.

Show some trades: before and after entering, stops and targets and the final exit on higher and lower timeframes..

I was expecting something like this  http://www.forexfactory.com/showthread.php?t=624820, just started today.