Why are the indicators (lines, arrows, histograms) flickering in the MT5 terminal? - page 9

Yes, but I would like just the opposite, not to reproduce flicker, but to stop it, to do something so as not to see this flicker anymore.
And in good conditions, when the processor is not loaded, we could say idle, optimization is not running, i.e. local cores are not loaded either, objects are not created and ChartRedraw() is not called. And in this tranquil state of the computer, the "garlands" keep blinking!

The developers didn't even answer, is this blinking unrecoverable and will be eliminated only in future versions of MT5 or maybe the indicator developers have wrong hands and don't understand something during the development of indicators for MT5...

Not only the custom indicators flicker, but also the built-in tools, e.g. "Regression Channel".

If so, then there is nothing to guess, it means that this problem cannot be solved in principle yet and will be solved in some future versions of MT5. Developers must be honest about it and not make programmers rack their brains about what they are doing wrong and how to deal with it...

I've been struggling with this thing for a couple of days.

Tried everything that was advised above.

The indicator flickers in MT5 for the only reason:

At least when I set a constant number instead of this function, it stopped flickering.

I may have applied the function in a clumsy way, but nevertheless...

" ... The function is synchronous - this means that it waits until all commands that have been placed in the timetable queue before it is called. ... "

This is from the documentation. I can add that synchronous function slows down the whole process - until it finishes executing, no other process will start executing, even if resources are available for its execution.

Is the task solvable Learn how to design ChartSetDouble

Aleksey Vyazmikin
5 (1)
6 products, 10008 comments
2020.01.31 08:11 2020.01.31 09:11:07 #87
There is a hypothesis that flicker depends on redrawing of objects by the terminal engine, i.e. if the plot points are outside the visible screen, they have a lower priority for rendering, which manifests itself under computational load on the chart (including the rate of quotation arrival - I noticed that it is with strong and intense movements that flicker occurs).
Learn how to design Is the task solvable MetaTrader 4 Build 529

Renat Akhtyamov
4 (4)
6 products, 18388 comments
2020.01.31 08:16 2020.01.31 09:16:20 #88
Aleksey Vyazmikin:
There is a hypothesis that flicker depends on the redrawing of objects by the terminal engine, i.e. if the plot points are outside the visible screen, they have a lower priority for rendering, which manifests itself during the computational load on the chart (including the rate of quotation arrival - I noticed that it is with strong and intense movements that flicker occurs).

I really wish the developers would pay attention to this topic.

The flicker of the indicator cannot be eliminated on its own.

I think I figured it out.

not a fact but

it looks like some kind of external testing of the current EA which is currently trading on the real account.

my personal conclusions are as follows:

The chart is built exactly 10 hours in advance, we see the ready-made

I have recorded the video, so as not to pounce, but I will show it not here but there, where people would be very interested in it

First, the number of bars changes, which is fixed at 1000, but since the calculation is starting from zero, it turns out to be 1001: 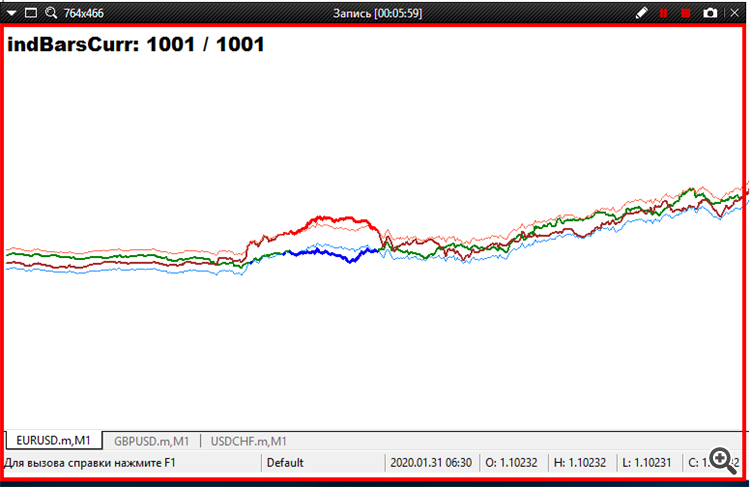 at the moment of flickering suddenly the bars become 600 less (and always when flickering the number is the same - 358): 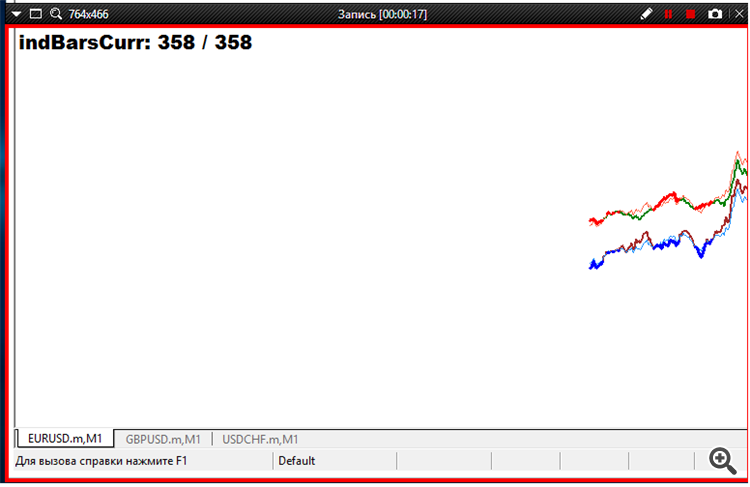 and at the moment of flickering indicator sometimes it happens (I managed to catch the frame on video only): 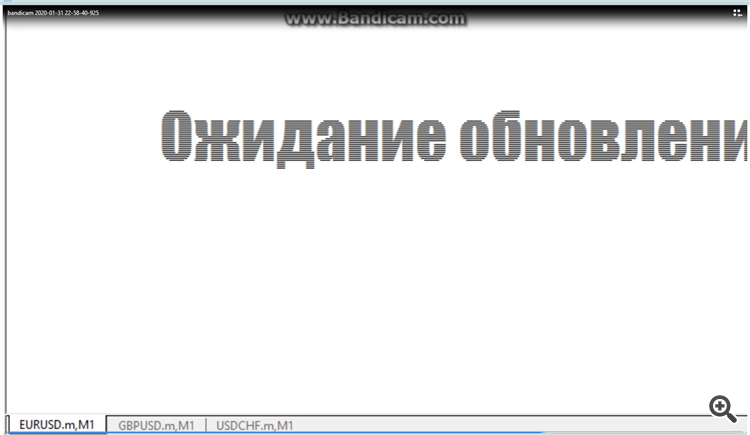 and the most interesting:sometimes in the moments of flickering graphically shows closed trades from present to future, i.e. they are just open for now, and will be closed somewhere out there - behind the scenes

to see it all with your own eyes, recalculate all bars, not just the last one, and on every tick, clean the buffers before each calculation

this thing happens in the evening

my friend the investigator took all the materials, he says it's pretty cool ;)

Алексей Тарабанов
10865 comments, 14 topics
2020.01.31 20:38 2020.01.31 21:38:48 #90
Aleksey Vyazmikin:
There is a hypothesis that flicker depends on redrawing of objects by the terminal engine, i.e. if the plot points are outside the visible screen they have a lower priority for rendering, which appears during computational load on the chart (including the rate of quotes - I noticed that flicker occurs during strong and intensive movements).

It was clear to the horse, as Alla Yurievna said. The composter has indicated the cause, albeit indirectly. Flicker occurs when the terminal is overloaded - this is a fact. Overloading occurs for a number of reasons and does not always mean exceeding the computing power of the terminal.