Stock Market A To Z: 26 Names, Themes And Trends To Watch (based on the article)

A is for Apple

"The stock trailed the broader market in 2016, but there may be tailwinds in 2017. Tax reform may include a provision that incentivizes the company to deploy its billions in foreign cash back to shareholders, while some analysts are betting on a big upgrade cycle for the iPhone 8, which has been lacking in recent launches." 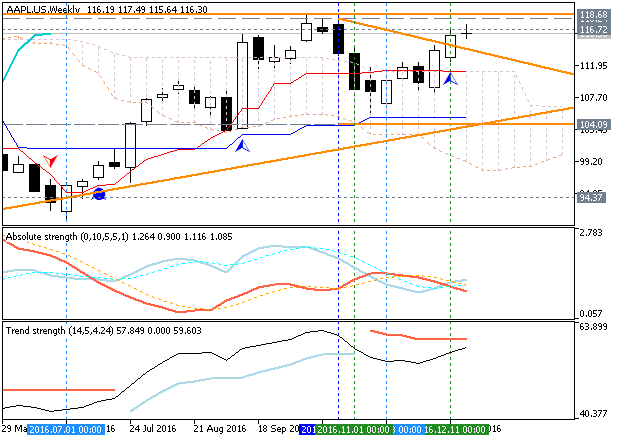 Weekly price is located above Ichimoku cloud in the bullish area of the chart for the ranging within the following support/resistance levels:

B is for Bubble 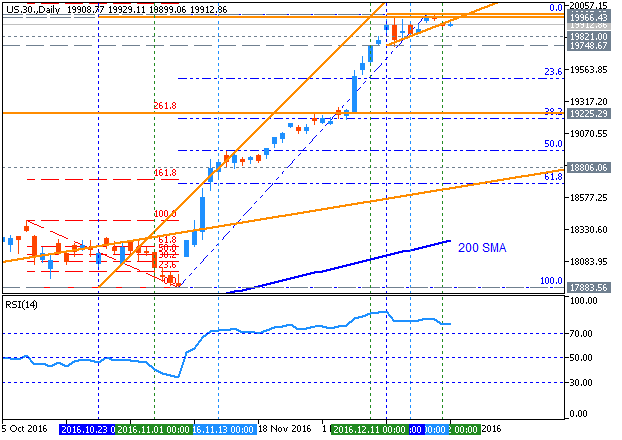 C is for Corporate Taxes 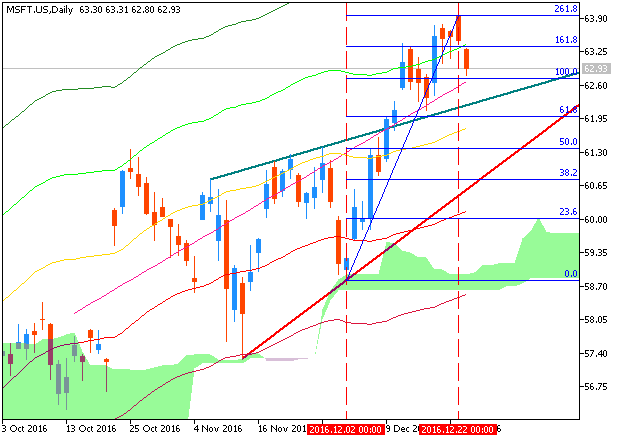 "Reform promises have been legion, and if Trump follows through as president there could be major effects. Chief among them: billions of dollars freed up for stock buybacks, M&A and corporate spending if a repatriation tax holiday prompts big tech companies like Apple and Microsoft to bring overseas profits back home." 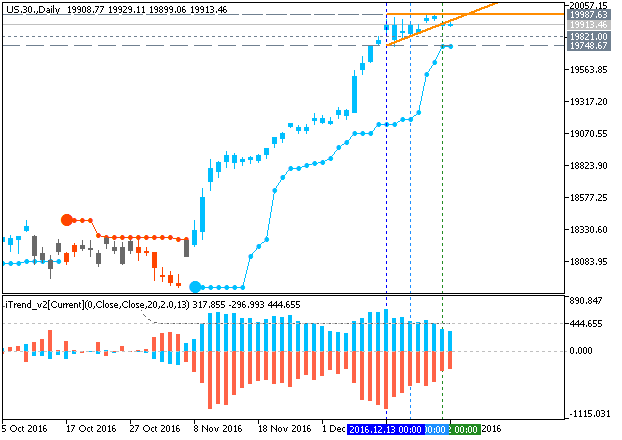 "The 30-stock index cozied up to the nice round number in December, and President-Elect Donald Trump hasn’t been shy about claiming credit. What happens if his much-promised bid to boost business and grow the economy doesn’t deliver immediate results?"

F is for Fannie and Freddie

"Hedge fund investors have been gambling that the government-backed mortgage zombies will be re-privatized for years. Trump’s Treasury pick Steven Mnuchin is their best bet yet for a very happy ending to that story."

G is for Goldman Sachs 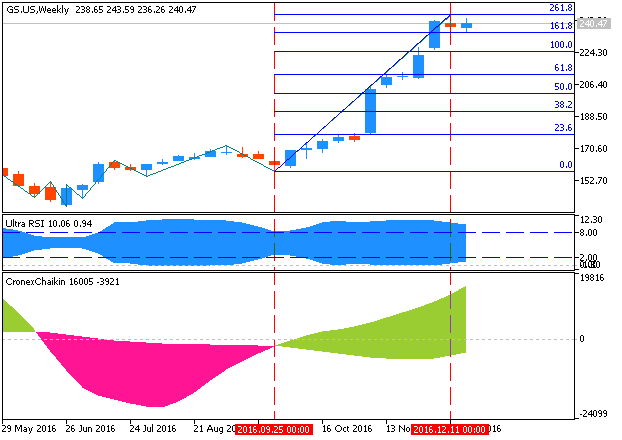 "The bank’s stock has been a runaway winner since Election Day, and the Trump White House is practically turning into a hotel for ex-Goldmanites, including Treasury Secretary nominee Steven Mnuchin, a former partner, and the firm’s recently-departed COO Gary Cohn, tapped to chair the National Economic Council."

H is for Housing

"Prices are peaking again and rates are rising. That may deliver the right concoction to get potential buyers who’ve lacked motivation off the fence and into the market for homes."

I is for Infrastructure

"Early in his acceptance speech on Election Night, Donald Trump pledge to “rebuild our infrastructure” and create jobs in the process. The execution — and how to it will be paid for — remains to be seen, but the stock market took the remarks at face value, with industrial and materials stocks helping pace the year-end rally."

J is for Janet Yellen

"The Fed chair’s time in office may be dwindling, but she’ll have lots to say about markets in 2017. According to the “dot plot” the central bank expects to hike rates three times next year. A heating-up economy might actually make them deliver on that forecast."

K is for King Dollar 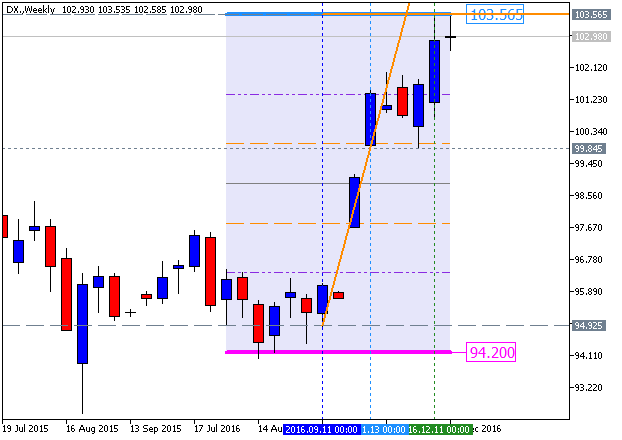 "Europe is constantly threatening to unravel and the incoming president is promising trade policies that puts American interests first in all negotiations. Plus, rates are rising. That’s a potent brew for a greenback that could keep getting stronger."

L is for Leaving The Unicorn Nest

"Snap has reportedly filed paperwork to go public and could debut in the first quarter of 2017. Snapchat’s parent company will be a good test for consumer tech companies that enjoy lofty private market valuations. A successful offering might get some of its peers off the fence."

M is for Microsoft 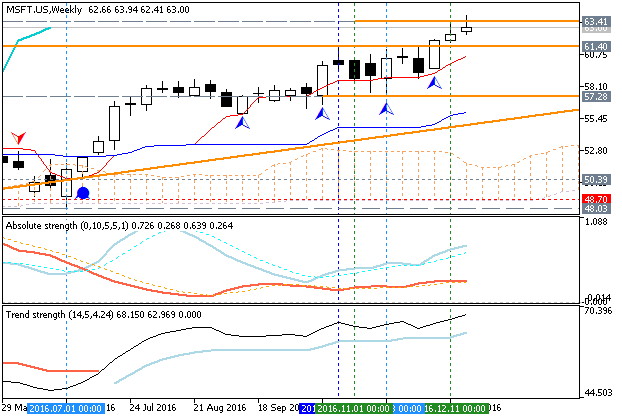 "It took the better part of two decades, but Microsoft’s stock finally took out its dot-com era peak in October. For the year, it outperformed the four FANG stocks (Facebook, Amazon, Netflix and Google parent Alphabet ), and also made a splashy deal to buy LinkedIn for $26 billion."

N is for NVIDIA 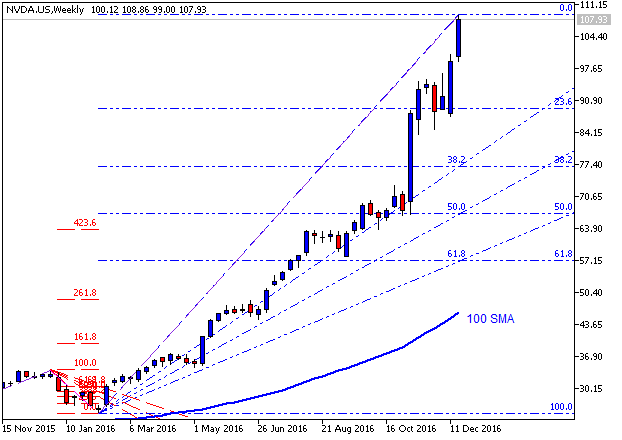 "The S&P 500’s best-performing stock of 2016 leaped more than 200%. The chipmaker’s leading position in artificial intelligence has Wall Street salivating that even bigger things are in store for the years to come."

O is for OPEC

"Saudi Arabia threw in the towel on its bid to break the American oil industry, and the cartel’s production cuts put a charge into oil prices. But will the rebound gain steam in 2017 or peter out?"

P is for Peso

"Trump’s tough talk on trade has centered on Mexico, and turned the country’s currency into a punching bag. The peso has plummeted against the dollar in 2016. If U.S. trade policy doesn’t change as much as the president-elect has promised, it might have seen a bottom."

Q is for Quality

"Many active managers, licking their wounds as they’ve been pushed aside for passive investments, have said they’ll rebound when stockpicking matters again. A dispersion of returns amid  rising interest rates could make buying better-quality stocks matter again."

R is for Russian Stocks 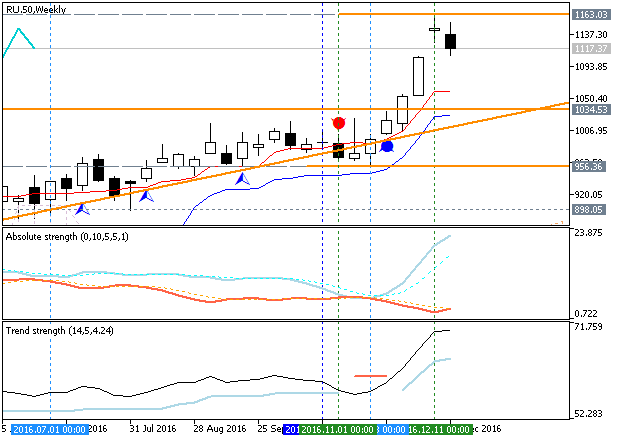 "The national benchmark is up more than 50% in 2016. If oil prices don’t revisit their depths and Trump’s White House resists calls to get tougher on Putin it bodes well for Russian equities."

S is for Small Caps 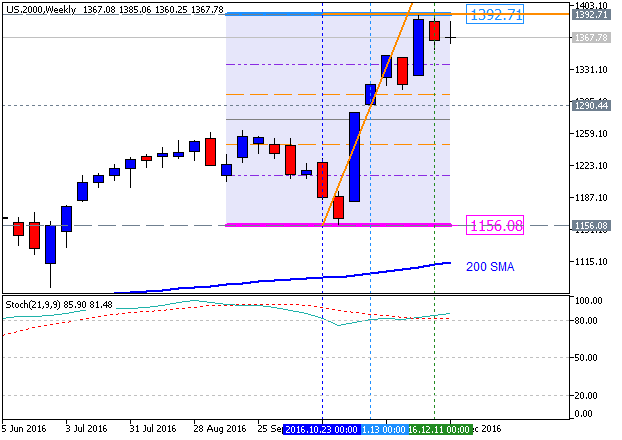 "The Russell 2000 has been trouncing indexes of larger companies since Election Day (see chart) and there’s ample explanation for why. Smaller companies have more direct correlations with U.S. economic growth, generally have less exposure to currency volatility and  would reap the full benefits of any reductions in corporate tax rates."

What's Doha Got To USD news Market views for 2017

T is for Trump Inc.

"The President-Elect says he’ll put his business empire in the hands of his sons. But massive conflicts of interest will present thorny issues throughout his presidency. Stay tuned."

U is for Uber

"The on-demand taxi startup has grand designs on being a one-stop shop for anything that moves. Will it finally go public in 2017?"

"Facebook’s Mark Zuckerberg and Amazon’s Jeff Bezos have been rocketing up our wealth rankings for the past few years as their companies have quickly become two of the world’s most valuable.  Stumbling blocks are sure to emerge, but questioning the growth of their empires has been a losing bet so far."

W is for Wells Fargo

"The fake accounts scandal has held back the San Francisco-based bank’s participation in the big financial rally to close 2016. Can CEO Tim Sloan get things back on track and shore up its once-sterling reputation in 2017?"

X is for Ex-Twitter Executives 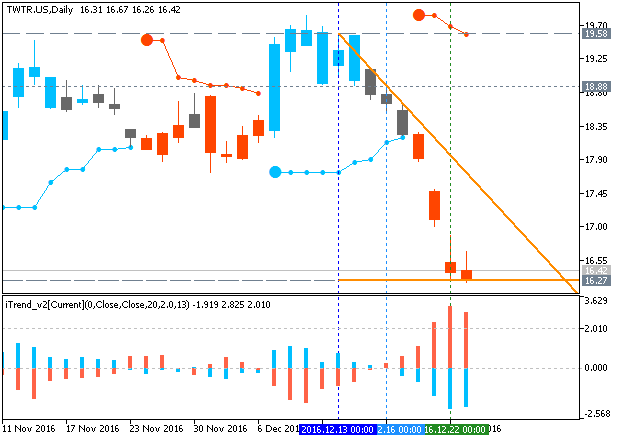 "The revolving door kept spinning in December, with the the departures of Twitter’s CTO and vice president of product. That’s on the heels of COO Adam Bain leaving and a number of other key executive exits. All that after an effort to find an interested buyer proved fruitless in the fall."

Y is for Yields

"The 10-year Treasury rate jumped as high as 2.64 in December, but the rise in yields wasn’t solely a Trump phenomenon. Treasury rates actually bottomed over the summer, right around the time high-dividend stocks were peaking. If the trend continues in 2017, utilities and richly-valued consumer staples businesses like Campbell Soup and General Mills could suffer."

Z is for Zillow

"The online real estate database could be a beneficiary if rising rates spark a rush of home-buying in 2017."