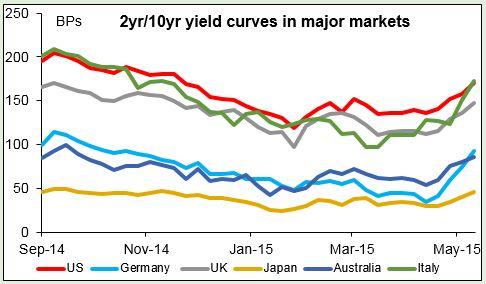 What is the purpose of posting the same picture over and over - without any relation to what is told?

They will have 100% control and they will be able to take as much as they want when they want it. Every banksters dream

By gold bullions - it has been around for thousands of years and will continue being here.

Everybody should avoid bitcoins

Mark Karpeles, the former CEO of the collapsed bitcoin exchange MtGox, was arrested Saturday by Japanese police over his alleged connection with the loss of bitcoins worth hundreds of millions of dollars. Authorities said that the 30-year-old French-born is suspected of manipulating the company’s computer system to falsify its outstanding balance, Reuters reported.

Tokyo-based MtGox, which was once the world’s largest hub for trading the virtual currency, filed for bankruptcy in February 2014. The company said at the time that it had lost 750,000 customer bitcoins and another 100,000 that belonged to the exchange due to a computer bug.

The lost bitcoins were said to be worth $480 million at the time of the bankruptcy filing. Karpeles had blamed hackers for the loss, and later said that he had recovered 200,000 bitcoins, worth nearly $116 million, in an old digital wallet from 2011.

According to the Wall Street Journal, Japanese media aired footage of Karpeles being taken away by police officers from his apartment Saturday morning. A local official familiar with the investigation told the Journal that some of the bitcoins that Karpeles said were stolen may not have existed.

Japan’s Nikkei reported Friday that Karpeles was going to be arrested over the disappearance of the virtual currency. Following the report, Karpeles told the Journal that the allegations against him were “false” and he would “of course deny” them.

Karpeles, who moved to Japan in 2009, has not been formally charged. In Japan, authorities can detain a suspect for up to 23 days without a formal charge, the Journal reported.

Press review Forecast and levels for Another Bitcoin Bank "Loses"

Head Of Collapsed Mt.Gox Exchange Arrested With Half A Billion In Bitcoin Still Unaccounted

Back in its 2013 heyday, when bitcoin soared from below $100 to over $1000 in the span of a few months (in no small part thanks to the collapse of the Cyprus banking system) there was only one real Bitcoin exchange: Magic: The Gathering Online Exchange, or Mt. Gox as it was better known, which had become the world's largest hub for trading the digital currency. And then, as mysteriously as it had appeared, Mt. Gox went dark, and filed for bankruptcy after nearly half a billion dollars worth of bitcoin "disappeared."

We wrote at the time:

For a case study of a blistering rise and an absolutely epic fall of an exchange that i) was named after Magic: the Gathering and ii) transacted in a digital currency which many have speculated was conceived by the NSA nearly two decades ago and was used as a honeypot to trap the gullible, look no further than Mt.Gox which after halting withdrawals for the second (and final time) has finally done the honorable thing, and filed for bankruptcy. As the WSJ reports, "Bitcoin exchange Mt. Gox said Friday it was filing for bankruptcy protection after losing almost 750,000 of its customers' bitcoins, marking the collapse of a marketplace that once dominated trading in the virtual currency. The company said it also lost around 100,000 of its own bitcoins. Together, the lost bitcoins would be worth approximately $473 million at market prices charted by the CoinDesk bitcoin index, although the price of Mt. Gox bitcoin had fallen well below that index after it stopped bitcoin withdrawals in early February."

The punchline: speaking to reporters at Tokyo District Court Friday after the bankruptcy filing, Mt. Gox owner Mark Karpelès said technical issues had opened the way for fraudulent withdrawals, and he apologized to customers.

"There was some weakness in the system, and the bitcoins have disappeared. I apologize for causing trouble."

In other words, oops sorry, several hundred million in Bitcoin is unaccounted for but blame the "system weakness." This promptly led to various artistic interpretations on the Mt. Gox logo, such as this one:

Some were confused if Karpeles was going to get away with nothing more than an excuse, even if - as many speculated - he had personally fabricated exchange data entries and embezzled millions of dollars for his own account.

As a reminder, when it filed for bankruptcy in February 2014, Mt. Gox said 750,000 customer bitcoins and another 100,000 belonging to the exchange were stolen due to a software security flaw. The lost funds represented the equivalent of $480 million at the time of the bankruptcy filing. Mt. Gox also said more than $27 million was missing from its Japanese bank accounts. Karpeles, who had blamed hackers for the loss, later said he had recovered 200,000 of the lost bitcoins.

Earlier today we got the answer when nearly 18 months after his infamous apology, Mark Karpeles was arrested in Tokyo. FT reports that Japanese police have arrested Mark Karpelès, the head of the bankrupt Japan-based bitcoin exchange Mt Gox. The arrest charge is that he made an illegal entry to the system in February 2013 and increased the balance of his account by $1 million.

And yet, a year and a half after the exchange insolvency, nobody truly knows what happened:

The alleged crimes involved are hard to pin down, say police sources, because of the absence of a specific laws governing the virtual currency. Police have acknowledged privately that there technical elements of the alleged disappearance of nearly $500m that “are still not properly understood”.

Asked by Mt Gox to look into the matter in March Last year, the Tokyo Metropolitan Police were not able to begin their investigation until three months later. Even then, say people close to the investigation, the two police departments in charge — the cyber crime unit and the white-collar crime unit — did not properly share information.

The year long investigation, say legal experts, has culminated in an arrest that will allow police to hold Mr Karpelès without charge for 23 days. If he continues to deny any wrongdoing during that time, police may alter the charge, and hold him for another 23 days.

While Karpeles may very well be guilty of embezzlement and massive fraud against his clients, could it be the still undetermined "crimes" relating to a virtual currency will become just the excuse to keep unsavory suspects detained and/or under arrest for an indefinite period of time? Because being held for up to 46 days without any charge seems a little Guantanamoish.

As the FT adds, "the case has exposed both the complexities of crime relating to the bitcoin virtual currency, and the profound difficulties encountered by the Japanese police as they have attempted to investigate the Mt Gox."

Seemingly the complexity was not as big as that encountered by US regulators and police who 7 years after the greatest criminal systemic collapse, and after the statute of limitations has now expired, have yet to arrest anyone for a multi-trillion systemic crime far greater than Karpeles' $500 million embezzlement.

Bitcoin worth $72 million Binary Options Articles Why Bitcoin owners should

A new version of Bitcoin, the digital currency, touted as a better alternative to the current software has come under fire from several lead developers, yet is seeing unlikely support from Greece.

The future of bitcoin, which has been rather uncertain at the best of times, may be going through a transformation. Several of its lead developers currently hotly debate whether to allow the digital currency's software to be improved to increase efficiency and the amount of transactions allowed.

Bitcoin, an internet-based free floating digital currency, backed by no government or central bank, appeared six years ago. Highly volatile in nature, the digital money allows funds to be moved around the globe rapidly and anonymously with no need for third-party verification. Hence it is very alluring for all kinds of users, from drug dealers to Greeks trying to get around capital controls

A rival version of the current software, called Bitcoin XT, was unveiled recently, dveloped by Gavin Andresen and Mike Hearn, bitcoin's two biggest hotshots, with another three lead developers. However a hotly debated argument has emerged between the two and the other three leads as to whether the software should be enlarged from the current 1 to 8 megabytes, ensuring more bitcoin transactions. The move would see 24 transactions versus the current three payments processed per second.

Yet opponents of the new Bitcoin XT say this could mean the end of the currency, as they argue that the higher number of transactions veers away from the decentralized aim the payments system was set out to achieve.

Aside from the software debate, apparently a thousand bitcoin ATMs are being installed around Greece. The aim is to help small and medium-sized businesses get around capital controls restrictions.

This can be seen as a boost for the somewhat problematic digital currency. Earlier in the year several high profile criminal cases emerged against Bitcoin users and exchanges, and debate as to whether Bitcoin has any validity in the market along with the current discussion on Bitcoins' future development are among its problems.

However, many believe that regardless of whether or not the new version of Bitcoin software, Bitcoin XT, is taken on, the digital currency is here to stay.