Bitcoin will be classed as a commodity in the United States along with gold and oil, according to the Commodity Futures Trading Commission.

The commission announced it had settled charges against a Bitcoin exchange for operating an online business associated with commodity options without registration.

Such a decision will force cryptocurrencies to abide by CFTC regulations during transactions.

"In this order, the CFTC for the first time finds that Bitcoin and other virtual currencies are properly defined as commodities," the press release said.

Bitcoins can be traded or used for purchases, but only with those sellers who will accept them. There's no sudden devaluation of the virtual currency by governments while members in the Bitcoin market establish the exchange rate through simple supply and demand.

"While there is a lot of excitement surrounding Bitcoin and other virtual currencies, innovation does not excuse those acting in this space from following the same rules applicable to all participants in the commodity derivatives markets," said Aitan Goelman, the CFTC's director of enforcement.

I got one of these WTF-mails from sharingservices@aol.com once again. Send 1 BTC and they don't tell around that they don't have any information because I'm not at Ms. Madisons site neither on FB. Poor and stupid scammers. Penis enlargement pills or an uncle in Nigeria, these were funny, but "Have you please a BTC for me, Mr. J. Doe?" No.

Unfortunately your data was leaked in the recent hacking of Ashley Madison and I know have your information. I have also used your user profile to find your Facebook page, using this I can now message all of your friends and family members.

If you would like to prevent me from sharing this dirt info with all of your friends and family members (and perhaps even your employers too?) then you need to send 1 bitcoin to the following BTC address.

You may be wondering why should you and what will prevent other people from doing the same, in short you now know to change your privacy settings in Facebook so no one can view your friends/family list. So go ahead and update that now (I have a copy if you dont pay) to stop any future emails like this.

You can buy bitcoin using online exchanges easily. If the bitcoin is not paid within 3 days of 26 Sep 2015 then my system will automatically message all of your friends and family members. The bitcoin address is unique to you.

Consider how expensive a divorce lawyer is. If you are no longer in a committed relationship then think about how this will affect your social standing amongst family and friends. What will your friends and family think about you?

(If you have already paid, then you dont need to worry

Australian businesses are turning their backs on bitcoin, as signs grow that the cryptocurrency's mainstream appeal is fading.

Concerns about bitcoin's potential crime links mean many businesses have stopped accepting it, a trend accelerated by Australian banks' move last month to close the accounts of 13 of the country's 17 bitcoin exchanges.

The development is a blow to hopes of bitcoin fans that the currency can play a significant role in everyday business transactions in developed economies, with Australia once seen as one of its most promising markets. It is estimated to hold 7 percent of the currency's $3.5 billion global value, a sizeable figure in a country of just 24 million people.

"We've got a squeaky clean reputation, and that's actually worth a lot more to us than dipping into this," said James Snodgrass, principal of Sydney's Forsyth Real Estate, which ditched the currency in late 2014 after the firm was investigated by the federal tax office.

Forsyth had offered to collect home deposits and other realtor fees via bitcoin to cater to international buyers. The tax office probe found no wrongdoing but Forsyth was burned by the negative publicity and bailed out before ever taking a bitcoin payment.

Although most mainstream banks in Europe and the U.S. already refuse to keep bitcoin-affiliated accounts, developments in Australia represent the first coordinated shutdown of bitcoin exchanges by a country's banking system.

The move makes it much harder for people to convert regular currencies in to or out of bitcoin, threatening its long-term value. 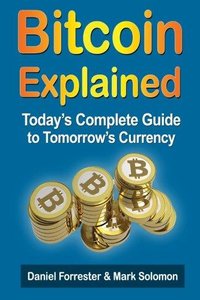 Everyone's Been Asking - What is Bitcoin?

Learn the Ins and Outs of Bitcoin - the elusive new currency, including Bitcoin Mining, how to buy, sell and invest, and how you can achieve long term profits!

Bitcoin has been brooding within the tech community over the last few years. However, within the past few months, Bitcoin has exploded into the mainstream and is being covered in every notable new source with commentary almost everyday.

What is this mysterious currency?

Most people (even those doing the reporting) understand very little about this internet phenomenon. Bitcoin is a decentralized "crypto-currency" that puts the power in the hands of the people and takes it away from the banks and government.

Learn the ins and outs of Bitcoin. This book, Bitcoin Exposed, will teach you how to quickly get set-up with a Bitcoin account and reap all the rewards of this online currency.

Bitcoin Exposed will teach you how to:

Quickly get set-up with a Bitcoin wallet

Buy goods over the internet with the click of a mouse

Bitcoin Mining and how to become a "Bitcoin Miner"

Profit with Bitcoins and investing secrets

Our BONUS Insight: An in-depth analysis of the current problems and potential pitfalls of Bitcoin, as well as the exponential profits early investors may reap from acquiring Bitcoins now.
Files:
cover_15.jpeg  18 kb

Boring weeks in bitcoinland are far and few between.

Last week's headlines – predominately dominated by the digital currency's dizzying price spike – gave way to a different form of narrative as journalists from the mainstream media sought to discern its meaning and implications.

In so doing, the coverage arguably shifted from largely positive articles to more controversial explorations of bitcoin that were sometimes found to be at odds with common consensus among the technology's observers.

The Financial Timeswas even called out by industry insiders, who were unhappy with the way the publication linked both bitcoin and its recent price increase to an alleged online pyramid scheme run by a convicted Russian fraudster.

Elsewhere, the possibility of Satoshi Nakamoto winning a Nobel Prize for his contribution to economics caught the attention of reporters from across the globe, with the news reverberating even among foreign-language news outlets.

Writing forThe Financial Times,Dan McCrumwrote a piece that set out to explore bitcoin's connection with the underworld of pyramid schemes.

McCrum set the scene by introducing the reader to General Gregor MacGregor, who returned to Britain in 1821 a war hero. His stories, the journalist explained, promoted investors to purchase land certificates and £200,000 in Poyaisian sovereign bonds.

Unfortunately, though, McCrum noted that Poyais did not actually exist.

The article then continues, perhaps controversially, to note that MMM – a "social financial network" – run by convicted fraudster Sergey Mavrodi and powered by YouTube and bitcoin was the most recent example of a pyramid scheme.

"New members must purchase bitcoin to join MMM, and then receive a bonus for online testimonials describing their improbably profits. The fad helped to power an explosion in the bitcoin exchange rate, from less than $200 in September to more than $500 per bitcoin last week."

"Yet the question prompted by the recent movement in bitcoin is whether it marks a resurgence for the cryptocurrency, or merely highlights its turn in the endless parade of get rich quick schemes, which prompted Walter Bagehot, former editor of the Economist, to write 'one thing is certain, that at a particular time a great deal of stupid people have a great deal of stupid money,'" continued McCrum. Then, McCrum went on to list what he perceived as the digital currency's faults, criticising its decentralised nature.

"Bitcoin also lacks another feature of currencies: the balance sheet of a central bank standing behind it. They might be intangible, but a balance sheet has two sides to it, lists of assets and liabilities.The bitcoin ledger, by comparison, is just a glorified list of liabilities, keeping track of where the bitcoins are located."

Furthermore, he said, although the number of bitcoin is limited, the number of times that the digital currency can be replicated – or mined – is not.

"The inherent flaw of pyramid schemes is that they must always suck in new converts to avoid collapse, and the exponential growth in users is impossible to sustain. Bitcoin shares some of these features. It requires constant evangelism because its value derives from its use," he concluded.

I want to start using bitcoin. Where should I start first?

I would not use it yet

No problem. Might someone will help in that case.