This is a repost, as I did first post it in the indicators section. The EA uses the PipsChartData library, which code-wise belongs to the indicator.

thank u so much for the ea...wonderfull

Thanks Ralph. I'm excited to check this out.

Where do we get this file?

Right. That's from the indicator... the PipsChart indicator... v7, which is at some of the (still) later posts.

How to call multiple instances ?

I was wondering how to call multiple instance of the pipschart indicator from the expert advisor with different pipssteps like 3 and 8 ?

Maybe it's easy but I can't figure it out ?

It's relatively easy, although you might need to revise the include file slightly. The library operates directly on the array provided, with the pips level provided, but it does store and use the box+center+stretch setting. So as long as you use a single such setting, the library functions can be applied to different chart arrays, with different pips sizes.

However, you need to revise the PipsChartInit() function defined in the include file. Basically, for two charts, it'd look like:

Thereafter the update calls are also replicated, and you might make a convenience function for that as:

Those are the only things needed in order to build the chart data, which is what Ferret is using (it makes its own display of the data, which you probably want to avoid if using two charts). The rest is merely to use chartA or chartB as appropriate in the decision logic.

PipsChart is there any easier Bar close rules 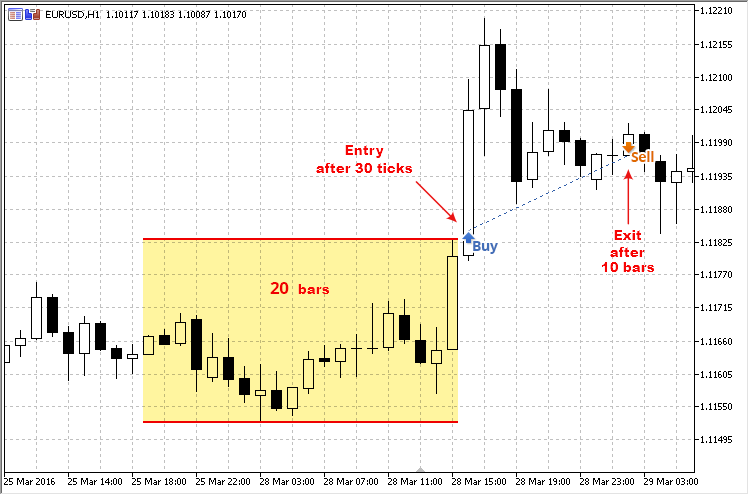 The article provides the results of testing a simple trading strategy in three modes: "1 minute OHLC" using only Open, High, Low and Close prices of minute bars; detailed modeling in "Every tick" mode, as well as the most accurate "Every tick based on real ticks" mode applying actual historical data.

If you are backtesting EA on MT5 using 'every tick based on real ticks' so it will be almost same with trading on MT5 platform with some particular broker (because it is based on actual historical data).

Example, read this thread: Why is it better MT5 than MT4?? Does it have fewer limitations ??? - this is the quote from the first post of the thread:

For more information about it - read this summary.

As i know - some coders/traders are converting their MT4 EAs to MT5 just to backtest them and/or to find the settings with optimization to get the backtesting results that are closest to reality.