Nice, but I would like to see it with all the features that bb squeeze has. Thanks for posting this version too

At the picture a simple BB on a M1 chart.

Could you make an indicator that colors the candles in a certain choosable color on the chart when Bollinger Band squeeze happens like showed here between all the green vertical lines ?

That means with a parameter that measares the distance between the upper and lower Bollinger Band, and when a certain number is reached it should trigger the candles to be painted in ...let's say gray, as long as the squeeze happens. Sometimes the squeeze is only a single bar, but that would be a good sign that a bigger move is ahead.

Maybe some more (new) prices would also be a present ...

Did you have time to look into this matter ?

I did not, but I will

I did not, but I will

Ok, no problem, take your time.

Hmm, I think the coders have no time yet, but in trading the biggest virtue is patience and the ability to know the moment that is the best NOT to trade, so the other moments can have success ....

I found this bandwidth indicator but something is wrong with the code the works fine even though it gets error messages when compiled, i 'fixed' them got 0 errors and it does not print when new bars are formed, so this is the original.

Metal30, this one seems to be working ok. 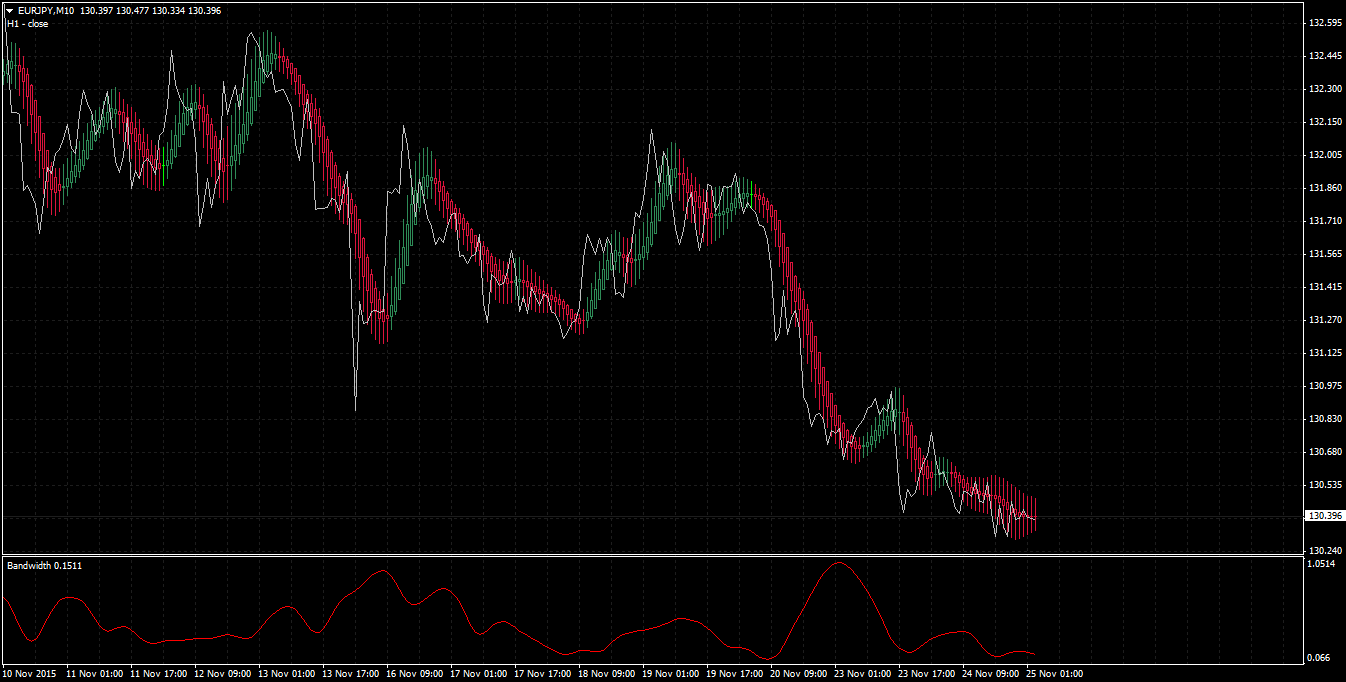