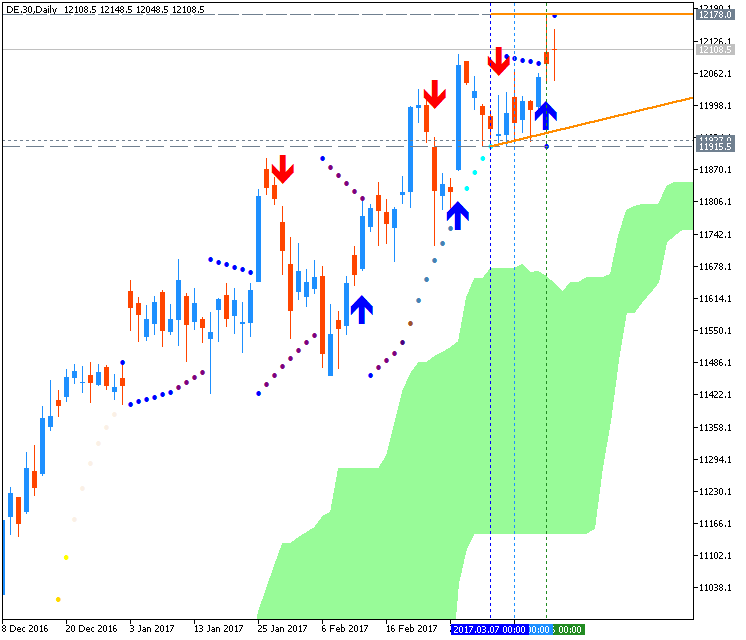 Dax Index - "The DAX will not embark on a big move by itself, material moves will unfold in other parts of the globe not called Germany. Looking to potential catalysts, we are left wanting as nothing of significance is penciled in on the economic calendar. This doesn’t mean, however, that the market can’t move on its own accord and unforeseen catalysts don’t show up." 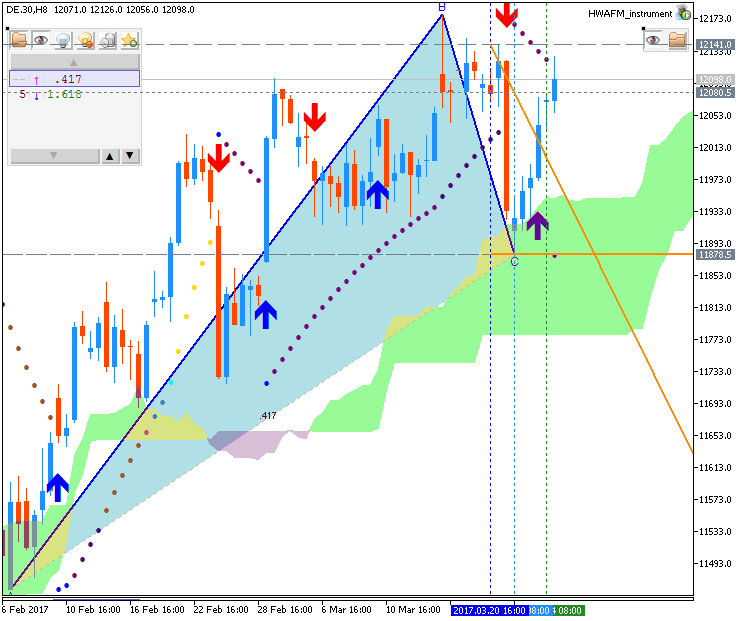 Dax Index - "Last week, we placed a lot of emphasis on the DAX for directional cues in general risk trends given it had at that time the clearest technical formation of the major indices. The rising wedge formation broke to the downside, but the DAX quickly found a low early Wednesday and recovered to close out the week. The rally doesn’t fully undermine the bearish break, but if it doesn’t turn lower soon we will need to consider alternatives. The Wednesday low carved out a lower low from 3/8, and with a downturn soon we could have a lower high in place from the 3/16 peak. In this scenario, the price sequence for the month of March will begin taking on the shape of a ‘head-and-shoulders’ pattern. We would of course need to see a break of the neckline and drop below 11850 before getting the green light. On weakness below last week’s low we will look to 11722, then nothing substantial arrives until the February low of 11480."

Press review Forecast and levels for Stock Market A To 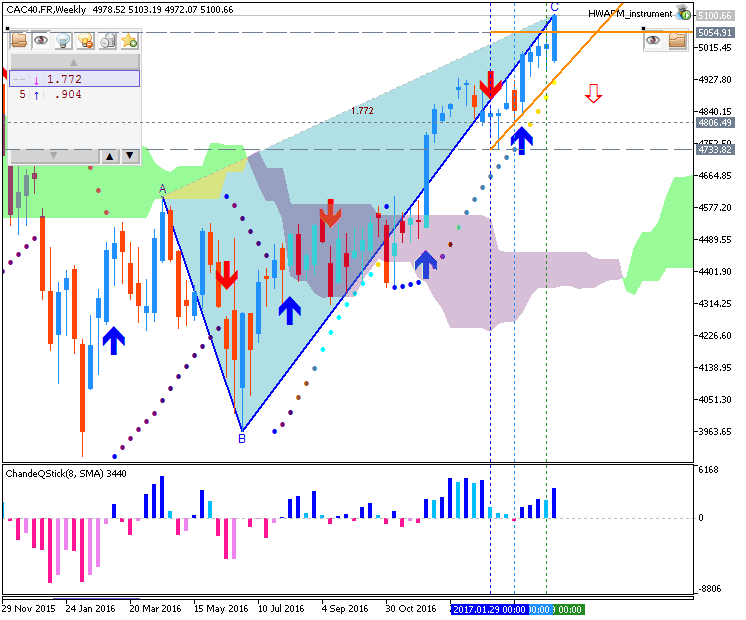 Currencies traded in a mixed manner in the last week of Q1. A rate decision in Australia, the FOMC meeting minutes a full build-up to the all-important Non-Farm Payrolls stand out. These are the top events on forex calendar. 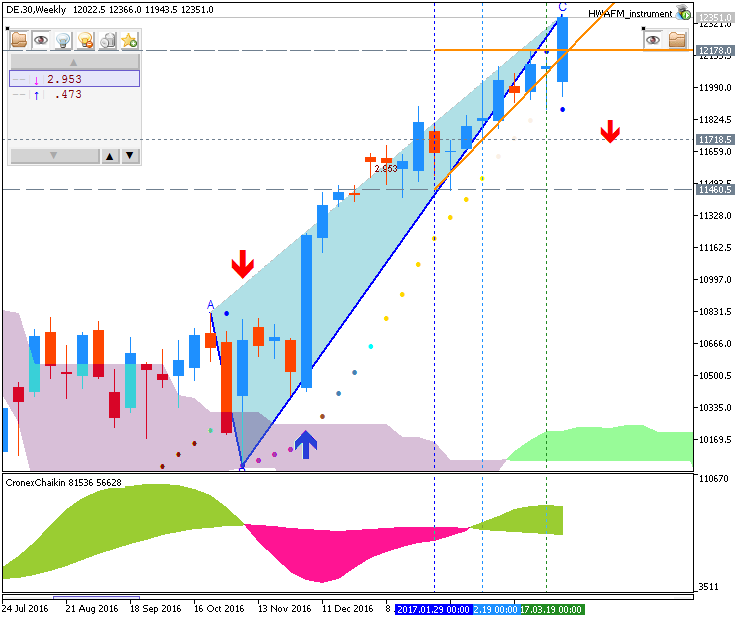 Forecast and levels for Press review Forecast for Q4'16 - 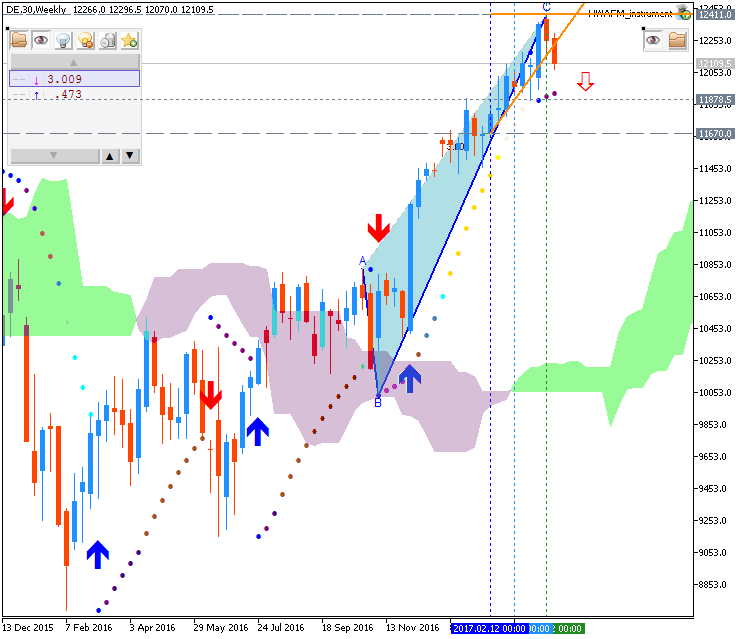 DAX - "All economic data set to be released next week is of the ‘low’ to ‘medium’ impact variety. Since very nearly touching off at the record high of 12391 set in 2015 the DAX has been in pullback mode, but if it doesn’t soon turn higher from trend support the pullback could turn into an outright bearish decline. Given the way U.S. equities are heading, an outright bearish decline is looking like a probable scenario."

Press review Forecast for Q1'17 - Forecast and levels for

Dax Index - daily bullish with the secondary correction; 11,980 level is the key (based on the article) 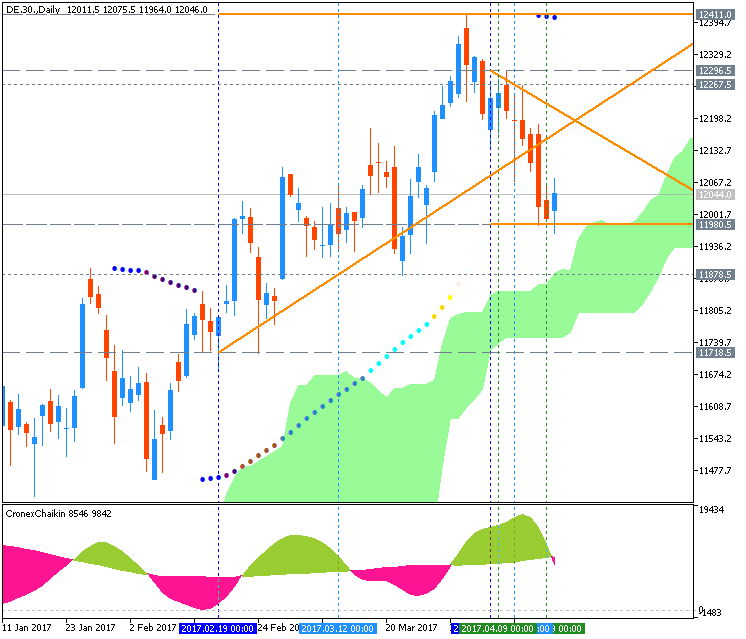 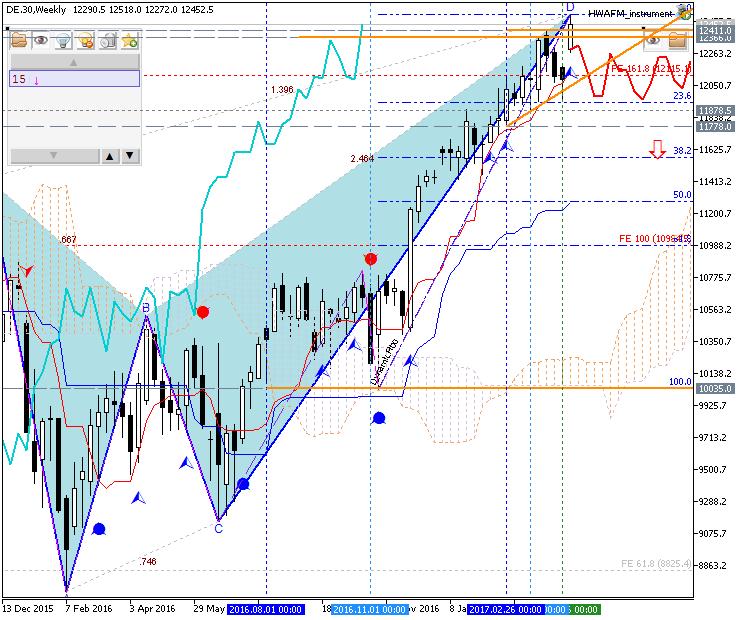 DAX Index - "Following last Monday’s surge, the DAX did a whole lot of nothing, trading bullishly quiet. Meaning, a market which doesn’t quickly begin retracing a large gain has an increased likelihood of making another push higher, sooner rather than later. Maintaining above the prior highs at 12375/91 is the most bullish scenario, with leniency towards testing the gap-day low of 12289. Should the market fall back into the gap, though; risk will quickly rise of seeing it fill back down to 12048. At this time, we look for the market to hold and push higher. Looking higher, resistance first arrives at last week’s high of 12486, the August 2016 top-side trend-line, and then the trend-line running over peaks since late-February." 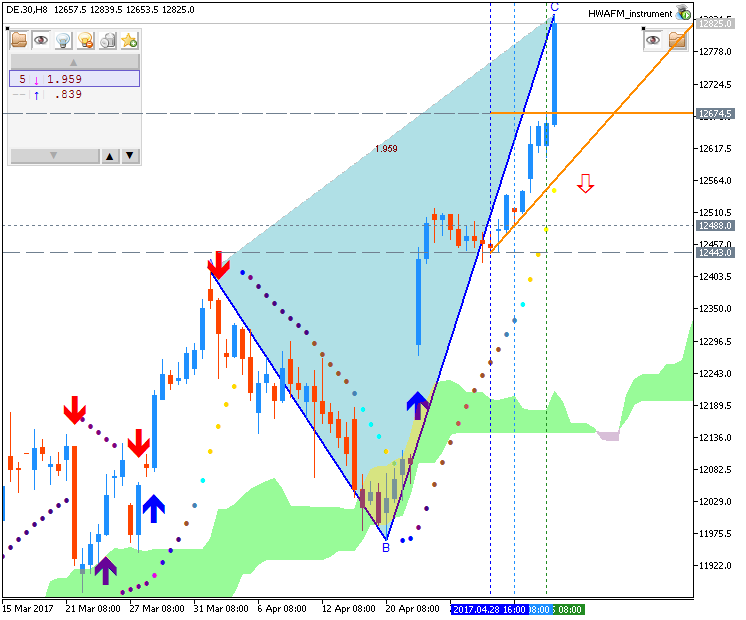 Dax Index - "Front and center to start the week will be the outcome of the second and final round of the French elections; Macron is a heavy favorite to win. Will the CAC and risk-on respond positively to the ‘expected’ outcome, or will it be a “sell the news” scenario? We’re about to find out. If Le Pen pulls off the upset, it’s safe to say risk markets will be moving in reverse. Looking beyond the election, ‘high’ impact events include Draghi speaking in Dutch Parliament on Wednesday and the release of German 1Q GDP on Friday."

Daily price is on bullish ranging within 12,839 resistance and 12,518 support level waiting for the bullish trend to be continuing or for the secondary correction to be started. 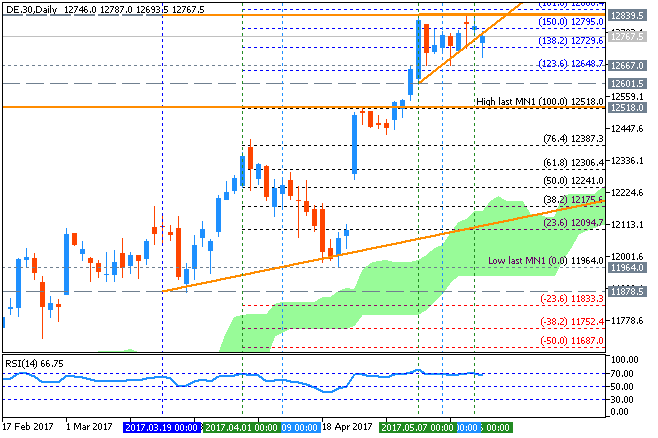 Daily price is located above Ichimoku cloud in the bullish area of the chart. The price is on ranging within 12,843 resistance for the bullish trend to be continue and 12,491 support for the secondary correction to be started. 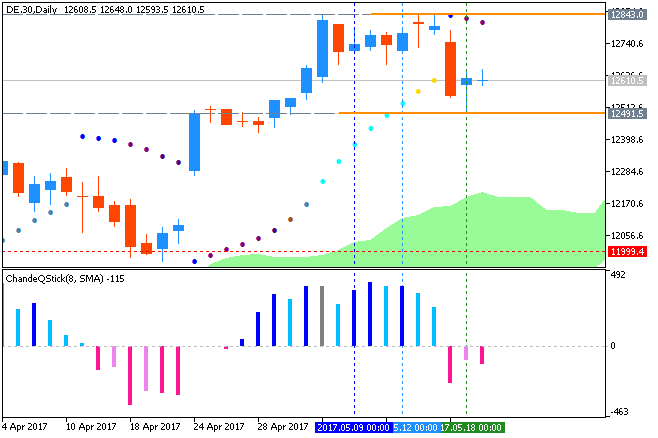