Does anyone know if there is a scalping robot available EMA MA 10 10 1m EURUSD? See attached file.

If there is not, is there someone abled to develop the thing for the MQL5 trading platform.

Tx, hope to heear form you 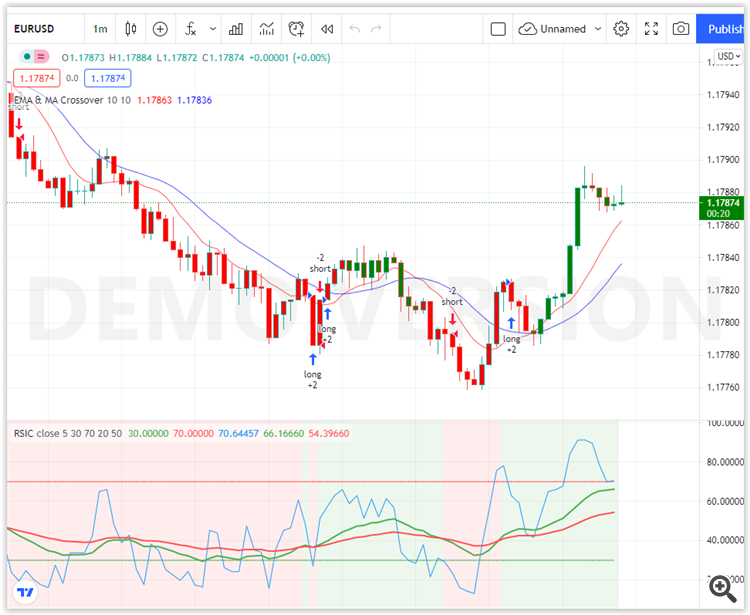 If someone helps you on this thread so it will be fine.
If not so you may need to consider to use Freelance service for example.

Coders (any coder) are coding for free -

and Freelance section of the forum should be used in most of the cases.

Beginners add an alert to MT4 to MT5 code

The picture does not say anything. Some lines ... Some figures ... Who is their indicator? What is the name of this indicator?

I do believe the OP has described in his post what he wants and what Indicators he wishes to have.

He states that he wants the EMA(10) and MA(10), which is the equivalent to SMA(10) on MetaTrader. Both of these can be seen in the screenshot.

I don't believe the rest of the indicators in the screenshot is of interest to him. He is only looking for the EMA/SMA crossover, I think!

Where do you get it? Maybe the developer who wrote it can help you... but if you get it from somewhere for free... maybe is not a good idea to use it... the mostly free AE i have seen are martingale... thats means that you are going to losse your money for sure.  Be carefull!!