Sergey Golubev 2014.03.25
Venezuela Lets Bolivar Weaken in a Bid to Ease Shortages (based on Forexminute article)

The Venezuelan government let the bolivar weaken up to 89 percent after easing its currency restrictions, according a Banctrust and Co trader.

The bolivar was trading at 55 bolivars a dollar at the opening of the markets today, said Paul Leiva, a trader at brokerage firm Banctrust in Caracas. The Venezuelan government usual exchange rate for importing food and medicine is 6.3 bolivars a dollar.

“This is devaluation any way you look at this,” Tamara Herrera, who works as a chief economist at Sintesis Financiera, told Bloomberg. “The government is trying to bring down the black market rate with this new market, with the consensus that the dollar should be trading for about 50 bolivars.”

The bolivar has advanced in the past weeks to trade at 58.6 a greenback from a peak of 85, stated dolartoday.com, which analyzes the currency’s rate at the Colombian border.

Last month, Venezuela announced a new currency market regulated by its central bank where individuals and corporate will buy and sell dollars in bonds and cash. The exchange rate will fluctuate based on supply and demand.

Under this market, which is called Sicad II, market players will tender for dollar-denominated securities via brokerage firms and banks until 11.30 am every business day. The financial institutions will then table the bids with the central bank, which will connect buyers with sellers and allow the transactions.

The dollar has become scarcer over the past eleven years due to currency controls, resulting in shortages of critical imports such as medicine and detergents. At least one out of four basic items ran out of stock in January, contributing to the fastest growing inflation rate in the world and triggered widespread riots. 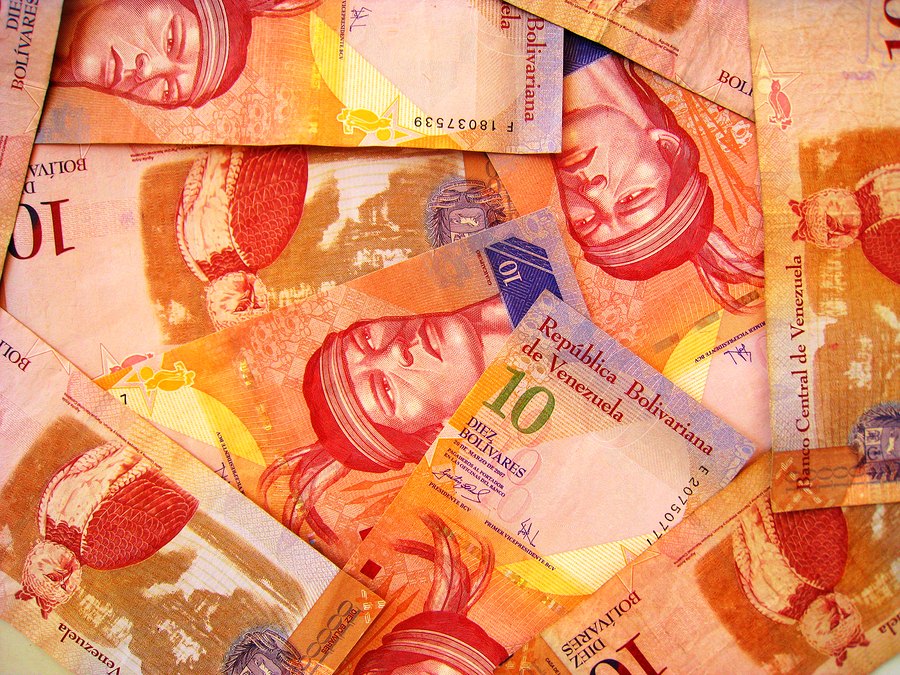 Grzegorz Korycki 2014.03.26
Currency Wars - Chapter 118. Everyone is devaluating, everyone is inflating. Its a little too late to fix those trading deficits. Whatever they do they cannot avoid the economic collapse anymore. If they just let it happen in 2008 it would be the size of 1929 maybe. Now we are set for much greater collapse. Good. The greater the collapse, the greater the wealth transfer form unprepared (ignorant) to prepared. History repeating itself again and again.