Discussion of article "Websockets for MetaTrader 5 — Using the Windows API"

New article Websockets for MetaTrader 5 — Using the Windows API has been published:

In this article we will use the WinHttp.dll to create a websocket client for MetaTrader 5 programs. The client will ultimately be implemented as a class and also tested against the Binary.com websocket API.

Running the EA results in the creation of a new custom symbol as shown here.

The library (winhttp.dll) does not expose any functions for pings or pongs. Although the documentation refers to a configuration option which governs how the connection is kept alive. I believe the library sends pings automatically when a connection is idle.

Any idea why its throwing the error?

Any idea why its throwing the error?

Also there is a problem  in using WinHttpSocketReceive() in the OnTimer Event . it simply causes the terminal to freeze .

i Built my own WS server using nodeJS Express and WS library, and i successfully was able to send to the server and receive from the server when i added the Receive function in the onClick event handler , that is because of the fact that winhttp.sll::WinHttpSocketReceive() works asynchronously

which means it doesn't return until it receives some data from the server . So using it directly in the onTimer() without having the server to send data will block the thread forever and cause the terminal to freeze . 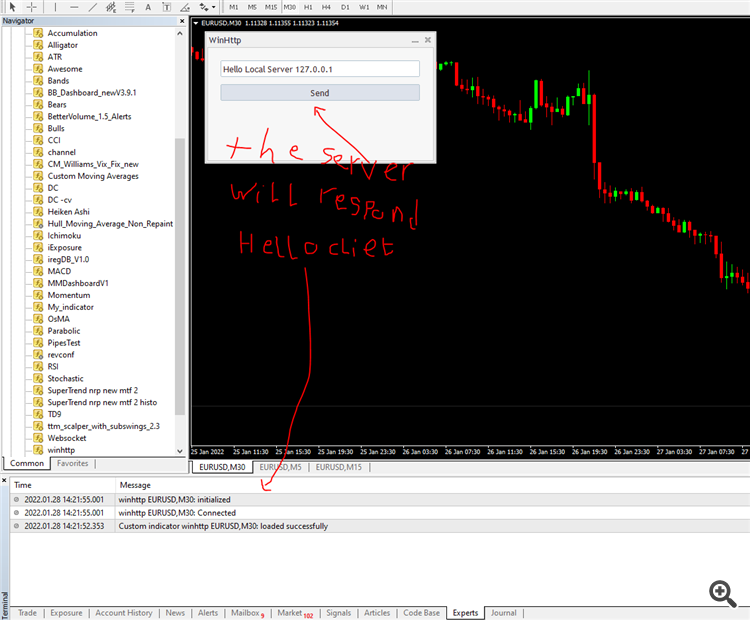 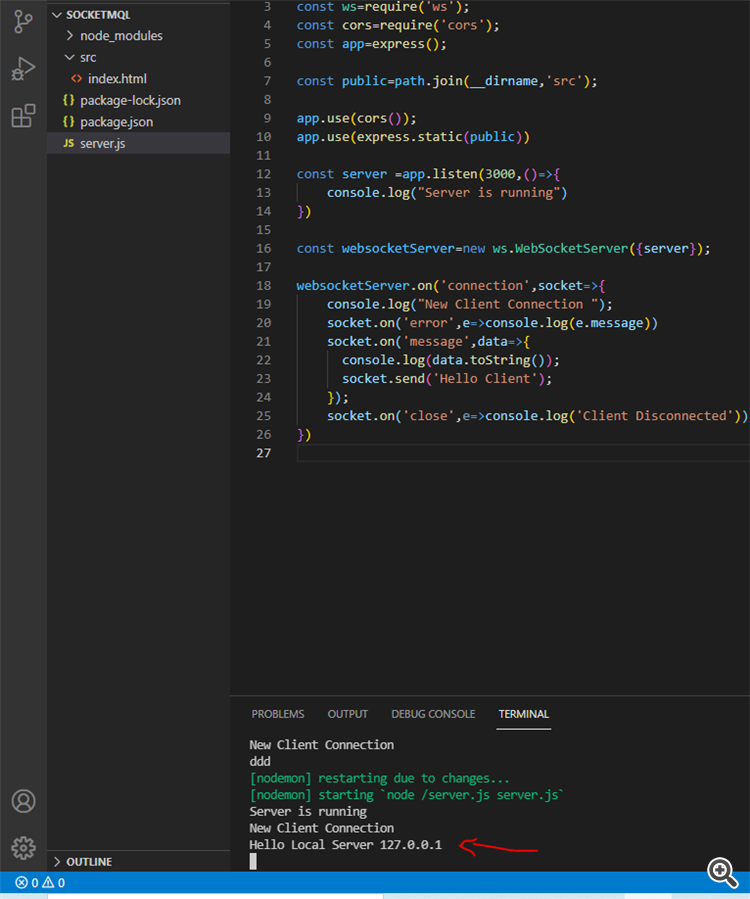 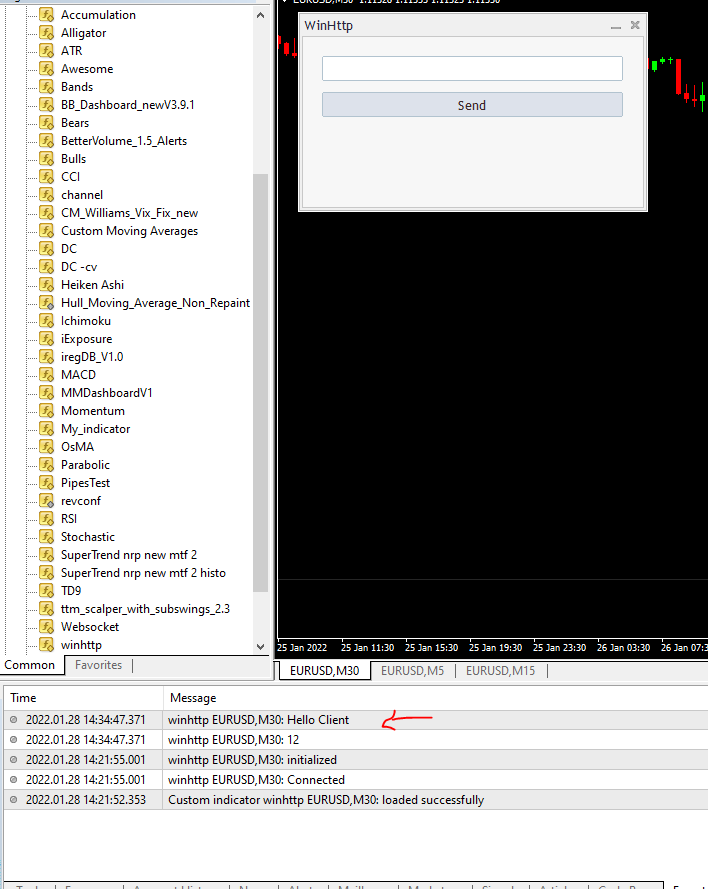 So the WinHttpSocketReceive() works well when there is a data from server . But on the other hand when the same function is used inside of OnTimer() Event handler it freezes the terminal . Does anyone have a clue on how to avoid that ?

Working with Projects - Articles on the development MQL4/MQL5 Wizard

Yea i know it's a synchronous function which blocks the thread , however i was able to manage using it asynchronously by adding the WINHTTP_FLAG_ASYNC to the WinnHttpOpen() function and it doesn't block the rest of the code , However i faced another issue that rose by adding WINHTTP_FLAG_ASYNC which is according to msdn , We have to use WinHttpSetStatusCallBack() which takes pointer to a  Call back function that receives the results  .

then i imported the WinHttpSetStatusCallBack() from winhttp.dll according to the msdn

here comes the biggest issue that seems unresolvable due to mql . when i compile i get error message that pointers are not allowed in the import statement .!!!!!! so there is no way to  pass the call back to this function as well as return pointer to that function . any idea ???

then i imported the WinHttpSetStatusCallBack() from winhttp.dll according to the msdn

Yeah, nice try :)
I was hoping this would be possible too, but if you search the forum, you'll find that function in MQL is a handle, not a memory address, which is required by "C/C++" callback-API.

Articles on the development Task Manager - For Account Connection - Accounts


Yeah, nice try :)
I was hoping this would be possible too, but if you search the forum, you'll find that function in MQL is a handle, not a memory address, which is required by "C/C++" callback-API.

yea i hope soon this will be natively supported

@Francis Dube Is it possible to create a MQL5 service that acts as the WebSocket server? Do you have some examples?