We told you how a London programmer had trekked across the world to Tokyo to demand his money back from MtGox, where Bitcoin withdrawals remain halted.

A second guy joined him soon after.

MtGox Co.,Ltd. (Japan) has moved to the address below:

Please address all documents/letters to the above address from now on.

Thank you for your kind corporation.

We can't confirm whether it's to evade the protesters. But as you can see from this link, Cerulean Tower is actually an enormous office park with multiple entrances and presumably robust. Here's a screenshot: 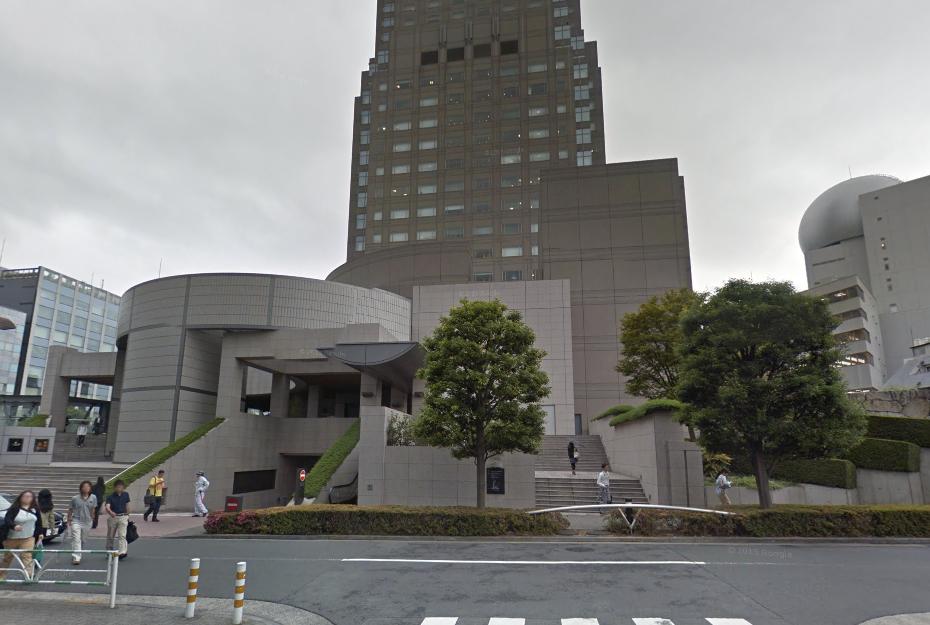 I think if price of single bitcoin will go to $0...this thread will have to be renamed to "We useD Bitcoin

Speculators look to cash in on Bitcoin crisis

One of the world's most prominent Bitcoin exchanges is in turmoil. But for some savvy investors, the crisis offers a big-time buying opportunity.

The Bitcoin world has been buzzing over the past few days as Tokyo-based exchange Mt.Gox. has frozen withdrawals. A Bitcoin software glitch could allow thieves to steal its customers' bitcoins, and Mt.Gox has been unable to fix the problem.

That means that owners of the digital currency who have accounts with Mt.Gox can't cash out, and many are now worried their deposits could be lost.

The problem isn't affecting other leading Bitcoin exchanges, which have taken steps to prevent the glitch from being exploited and ensure that the market continues to function.

For the moment, Mt.Gox is keeping mum on the subject, saying it would provide an update "by Thursday at the latest."

In the meantime, Mt.Gox customers who doubt they'll ever recover their bitcoins have begun selling the rights to them at a steep discount. Those account holders have found willing buyers among speculators who believe that Mt.Gox will indeed make good on its obligations.

The speculators could make big profits: As of midday Wednesday, the rights to Mt.Gox bitcoins were selling for around $265 each. On well-functioning exchanges, the price was around $636 per bitcoin.

The difference is that on normal exchanges, paying $636 will put you in immediate possession of a Bitcoin. With Mt.Gox, speculators are paying for the rights to the bitcoins locked up there whenever -- if ever -- the ban on withdrawals is lifted.

Binary Options Articles Why Bitcoin owners should Bitcoin worth $72 million

In the meantime, Mt.Gox customers who doubt they'll ever recover their bitcoins have begun selling the rights to them at a steep discount. Those account holders have found willing buyers among speculators who believe that Mt.Gox will indeed make good on its obligations.

Man, it looks so familiar. Again

Today is a BIG & HAPPY day for bitcoin

It was just a matter of time. Nobody (except central banks

Lol mate. That is not so far away. LOL

Bitcoin holders are offering the virtual money for $124 on the online exchange Mt.Gox, down from $829 two weeks ago, following its decision to halt withdrawals earlier this month.

Tokyo-based Mt.Gox, one of the first exchanges for the virtual currency, said in a statement yesterday that it’s still working to resume Bitcoin withdrawals for clients. The digital currency is currently trading at $566 on London-based Bitstamp and for $553 on BTC-e in Bulgaria.

The interruptions are the latest setback for Bitcoins, which have also come under scrutiny by India, China and Russia. Those governments have sought to ban or limit the use of the virtual currency, which exists as software and isn’t controlled by any authority.

The inability to remove funds from Mt.Gox is raising concerns that hackers might have gained access to deposits, Luria said. Other exchanges were crippled by a Internet-wide hacking attack that shut down marketplaces across the Web this month. Some have since resumed operations.

Mt.Gox didn’t return repeated requests by e-mail and phone for comment. The company also said in the statement that it had relocated its office due to security concerns.

“The move, combined with some other security and technical challenges, pushed back our progress,” Mt.Gox said in the statement.

Kolin Burges of Britain flew from London to Tokyo on Feb. 13 and has been protesting outside the Mt.Gox headquarters since then. He said he has 285 Bitcoins at the exchange that he can’t withdraw, and isn’t buying its claims of technical issues.

“Other exchanges do not have this kind of problem,” Burges said in an interview. “I do not believe that technical problems are the cause of all these delays.”

He has a sign that says “Mt.Gox where’s our money” in Japanese. He confronted Mt.Gox Chief Executive Officer Mark Karpeles to ask him if the site still has everyone’s Bitcoins. Karpeles didn’t reply, an online video of the exchange showed.

Mt.Gox, one of the largest online exchanges where Bitcoins are traded for dollars, euros and other currencies, has had other stumbles. Mt.Gox temporarily halted or delayed withdrawals several times last year.

Bitcoin prices spiked almost 200% on the Tokyo-based Mt. Gox Exchange on Sunday to hit an intraday high above $300, amid speculation withdrawals on the troubled exchange will soon resume.

Investors returned to the market after a rumor posted on internet message board website Reddit said that Mt. Gox was in the process of testing Bitcoin withdrawals again.

Prices on Mt. Gox plunged to $91.50 on February 21 as investors were disappointed with a lack of concrete details regarding progress made on resuming withdrawals on the struggling exchange.

Mt. Gox was forced to halt all Bitcoin withdrawals on February 7 due to a technical issue, leading to steep declines as traders shied away from the virtual currency.

BitStamp is the world’s largest second-largest Bitcoin exchange, while Bulgaria-based BTC-e is the third-biggest by volume.

According to the CoinDesk Bitcoin Price Index, which averages prices from the major exchanges, prices of the crypto-currency picked up 2.3% to trade at $618.60.

Bitcoin is digital cash for the internet and it is not backed by a government or central bank to regulate or issue it. It can be used to purchase goods and services from stores and online retailers.