Todas
mensagens
We offer dedicated forex trading and alternative managed investments for private and institutional clients. Our products and services are the ideal replenishment solution for all wealth and asset managers who look to expand and diversify into this rewarding field. Our managed solutions vastly outperform all other forms of traditional investments.

Our comprehensive understanding of financial markets and economies enables us to achieve outstanding results for you. We use and/or combine multiple strategies dependent on present market situations to achieve gains according to product definitions. Multiple trading systems are used depending on the goals and risk aversion preferences of the investor.

Daniel Schwoerer | 2018.08.12
On Monday we expect a short pull back of USD strenght before continued uptrend and according movement in EUR and XAU
Compartilhar nas redes sociais · 1 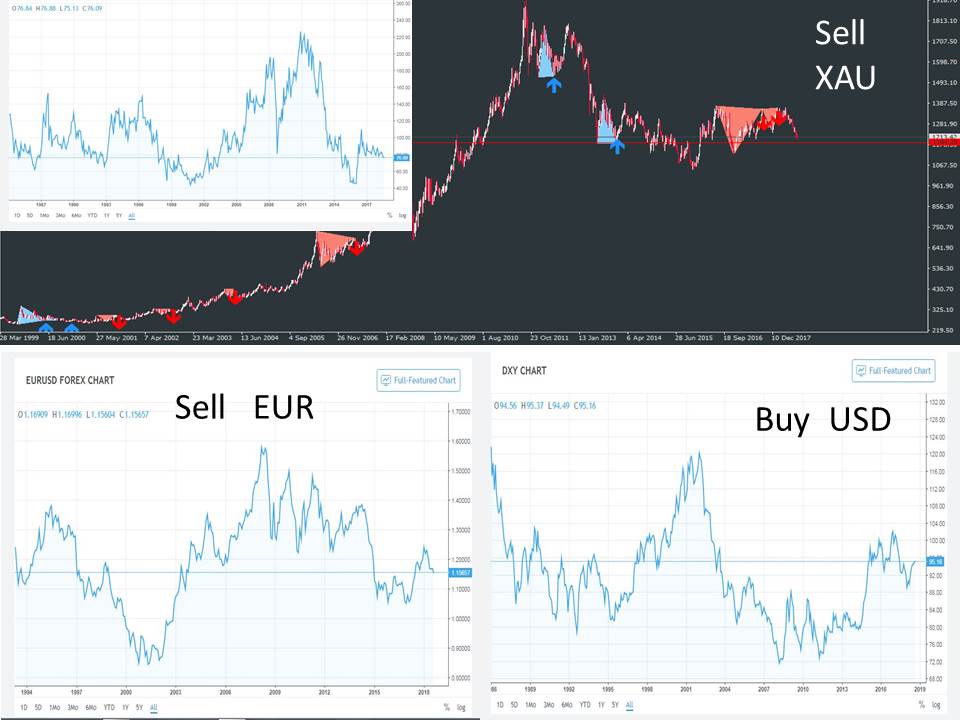 Daniel Schwoerer 2018.02.05
U.S. stocks tumbled Monday, with the Dow poised for its worst one-day point drop in history, as the market’s selloff at times took on characteristics of panic sales at times with the blue chip index shedding more than a 1,000 points during the session.
Daniel Schwoerer | 2015.01.21

Managed Forex is a new and growing subset of the alternative investment space in which foreign exchange traders manage individual forex (FX) accounts for investors in much the same manner as a commodity trading advisor manages a futures account for an investor...
Compartilhar nas redes sociais · 3 165

Daniel Schwoerer | 2015.01.15
Our recommendation from the 13 of January in regard of the Swiss National Banks action was correct:

Change your Euros in CHF just for the case that the SNB decides a shift in policy of binding the CHF to the Euro. Should they go on with the present policy the CHF will move alongside with the Euro, should they stop, enjoy the rocket ride.

Gold prices have been stuck in neutral since early April as it consolidates near 1300. The GLD ETF fell below 124 in early April and bouncing off the 50-62% retracement few times. A lower high formed in early May and a descending triangle could be taking shape now. This is a bearish continuation pattern and a break below the April lows would signal a continuation of the March decline.
The May highs mark a resistance zone in the 126-127 area.

A break above this zone is needed to negate the descending triangle and turn bullish on bullion. Gold needs to break 1320 to get some upside traction.

The 50-day moving average on the GLD is poised to close below the 200-day moving average, which is referred to as the death cross. When this occurs, a long term trend is considered in place and gold prices will likely continue to trend lower.

The Silver ETF (SLV) fell back to the December-January lows at the end of April and then moved into a tight consolidation. The Bollinger band width indicator has been below 5% for most of the last five weeks. Even though this volatility contraction is occurring near support, the trend since late February is clearly down. A move above this level would exceed the upper band and break the late April high. Such a breakout would suggest a successful support test and reverse the 12-week downtrend. 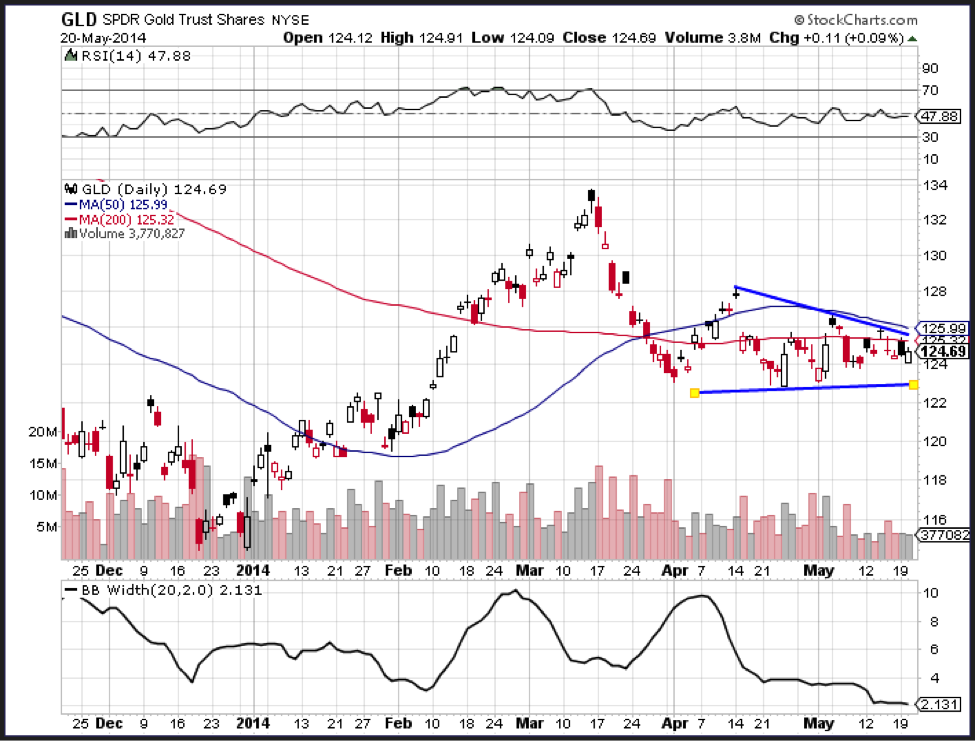