Discussion of article "On Methods to Detect Overbought/Oversold Zones. Part I"

New article On Methods to Detect Overbought/Oversold Zones. Part I has been published:

Overbought/oversold zones characterize a certain state of the market, differentiating through weaker changes in the prices of securities. This adverse change in the synamics is pronounced most at the final stage in the development of trends of any scales. Since the profit value in trading depends directly on the capability of covering as large trend amplitude as possible, the accuracy of detecting such zones is a key task in trading with any securities whatsoever.

Depending on the accuracy of identifying the overbought/oversold zones (which is always a probabilistic estimate, i.e., a forecast), there are three different types of forecasts: Early forecast, accurate forecast, and retard forecast. As a standard for defining the forecast type, we use the maximum value of trend — it is always the support fractal extremum level, after which a reversal takes place (or correction, the amplitude of which is critical for the trading strategy being used). Therefore, the closer a forecast point is to this standard (by time or by amplitude), the more accurate the forecast of appearing an overbought/oversold zone is.

In fact, we're talking about the trend end forecast types, depending on the accuracy of detecting the overbought/oversold zones.

Let us consider this, exemplified by the overbought (USDCAD, D1): 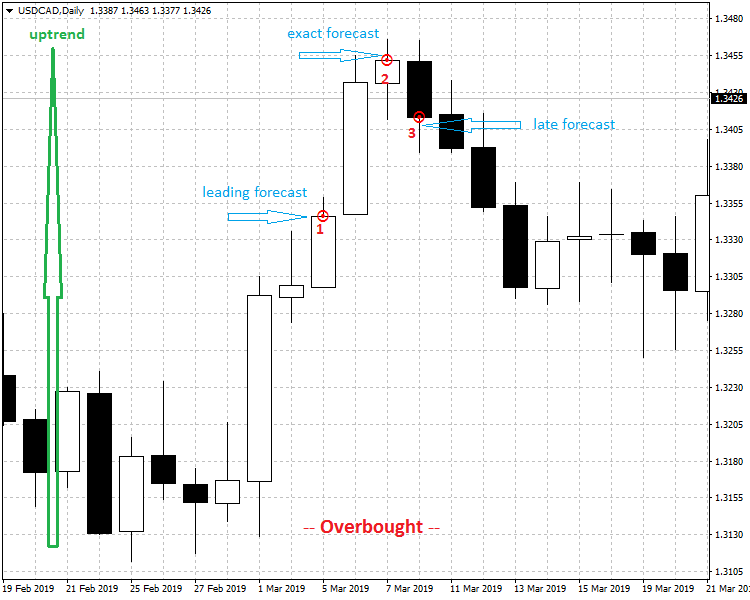 Fig.1. Ending trend forecast types, depending on the accuracy of identifying the overbought zone

Obviously, "hitting" the trend extremum (accurate forecast of the ending trend) is a perfect market exit scenario if you have an open position. Therefore, the accuracy of forecasting the overbought/oversold zones, as related to that extremum, directly affects the efficiency of trading on financial markets.

I've enjoyed both articles, Reducing Risk and this one.  In your articles, you reference Lower and Higher Time frames and use the Lower time frame of M1 for testing.  As I am using H4, is it appropriate to change the references from M1 to H4 and M15 to D1 and do the constants of 200 and 300 need to be changed as well.  In addition, you did not supply the additional include files to get the MQ5 versions to compile.