Ivan Avdeev | 2020.02.25
SocGen has joined banks in downgrading the Euro forecast for 2020 Add Societe Generale SA to the list of major banks adjusting forecasts for 2020 for the world's most traded currency pair, as the coronavirus worsens expectations for the global economy. On Thursday, the French Bank lowered expectations for the strengthening of the Euro, revising the forecast for the end of the year from 1.20 to 1.16 dollars.
http://www.profinance.ru/news/2020/02/21/bwjg-societe-generale-sa-snizil-prognoz-po-evro-s-1-20-do-1-16-po-iene-s-98-do-100.html 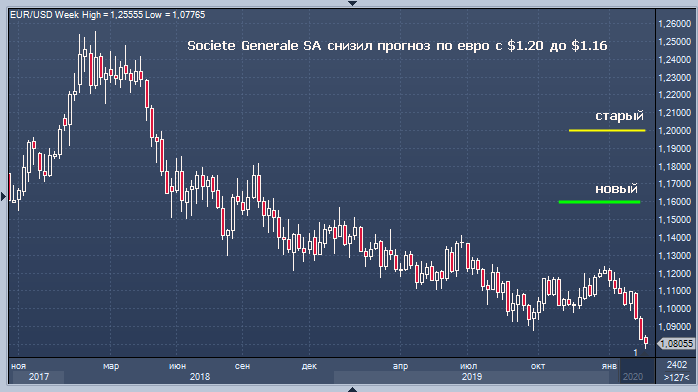 Ivan Avdeev | 2019.07.09
https://www.bloomberg.com/news/articles/2019-07-08/petrochina-is-worth-less-than-its-energy-reserves-under-ground
“With PetroChina’s current assets and asset quality, even with modest valuation methods, the H-share price should be easily doubled from current levels,” Jefferies Group LLC analyst Laban Yu said by phone. “There is no valuation method that can validate the current share price.”
Поделитесь в соцсетях · 1

Ivan Avdeev | 2019.03.13
https://www.bloomberg.com/news/articles/2019-03-13/u-k-weighs-no-deal-brexit-vote-as-may-is-plunged-into-crisis
Britain will confront head-on the threat of a no-deal Brexit in a parliamentary vote with huge ramifications for Prime Minister Theresa May.

On Wednesday, members of Parliament will decide whether to tear the country out of the European Union with no agreement in place in 16 days’ time, or give themselves the chance to delay Brexit in the hope of securing better terms.

If -- as expected -- they reject leaving without an accord on March 29, there will be another vote Thursday on whether to ask the EU for more time and delay departure day. An extension, which markets would welcome, could however provoke furious pro-Brexit officials to quit May’s administration, and even set in train a chain of events that could bring her government down. 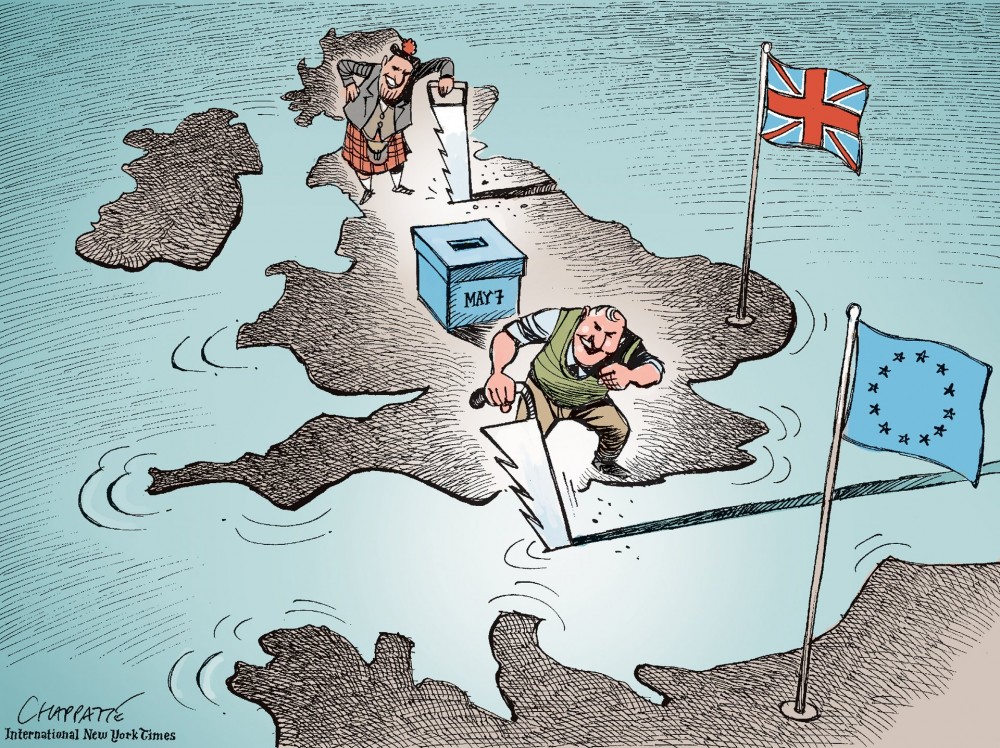 Ivan Avdeev | 2018.08.08
The Great Fall is coming....
World markets are in different situations. If there are massive sales on emerging markets, the us stock markets are almost continuous growth.

This is primarily due to the fact that capital has rushed to the US, as the us economy is showing strong growth rates, and in other regions, either a slowdown or assets do not look attractive in terms of investment.

Nevertheless, the growth of the us stock market looks abnormal and artificial, and many experts predict a strong collapse.

The founder of the financial newsletter Hulbert Financial Digest, mark Hulbert argues that most of the usual indicators give signals of alarm. He especially notes the so-called" Buffett indicator", which the head of Berkshire calls the only true indicator of the state of the market.

Its essence is quite simple. It represents the ratio of the total market capitalization of all shares in the US to the country's GDP. When the indicator is in the range of 70% to 80%, it is a buy signal, if it exceeds 100%, it means that the market is overbought and it's time to leave.

Now this indicator is approaching the level of 140%, and this is a new record. In other words, the value of shares is currently very much overstated, and ahead of waiting for a long decline. 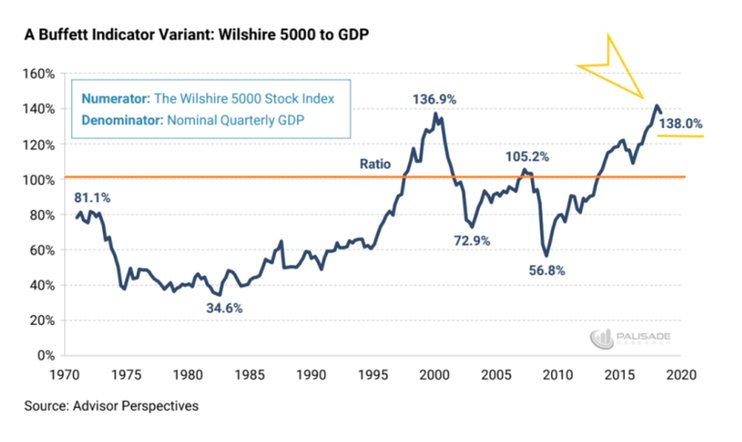 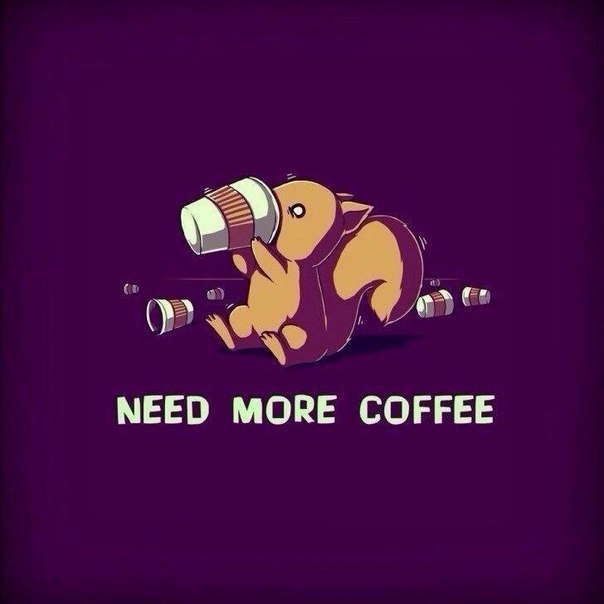 And the sell-off in Italian bonds deepened, with the yield on two-year debt breaking through the 2% barrier.

The yield on the bond is set for its biggest one-day jump in 26 years.

Movements in bond prices are important as they affect the cost of borrowing for the government. Italy's debt currently stands at 130% of its economic output.

Meanwhile the pan-European Stoxx 600 fell 1.6%, with banks the worst-performing shares, and the euro fell against the dollar and pound.
Поделитесь в соцсетях

Ivan Avdeev | 2018.04.24
U.S. stocks tumble amid a rout in industrial and technology shares. Ten-year Treasury yields breach 3% for the first time since 2014. And President Donald Trump praise North Korean leader Kim Jong Un in a dramatic shift in rhetoric. Here are some of the things people in markets are talking about.
https://www.bloomberg.com//news/articles/2018-04-24/five-things-you-need-to-know-to-start-your-day-jge5sg5p
Поделитесь в соцсетях

Apple Inc. CEO Tim Cook, Tesla Inc.’s Elon Musk and Salesforce.com Inc.’s Marc Benioff have criticized the social media network in the wake of its user data scandal involving political-advertising firm Cambridge Analytica. Other tech leaders have remained quiet in the ensuing backlash against Facebook, in contrast to Silicon Valley’s usual practice of rallying around its own during major crises.

Facebook has sought to repair its public image and trust with more than 2 billion users after reports surfaced that Cambridge Analytica obtained data on as many 50 million of those U.S. accounts. As Zuckerberg, 33, faces calls to testify before Congress and lawmakers raise the idea of new regulations on tech, his peers have either stayed quiet or publicly criticized his company. In times of crisis, tech companies have sometimes huddled together to defend the industry, such as when Apple fought the FBI to protect an encrypted iPhone and during President Donald Trump’s proposed immigration ban last year against mostly Muslim countries. https://www.bloomberg.com/technology 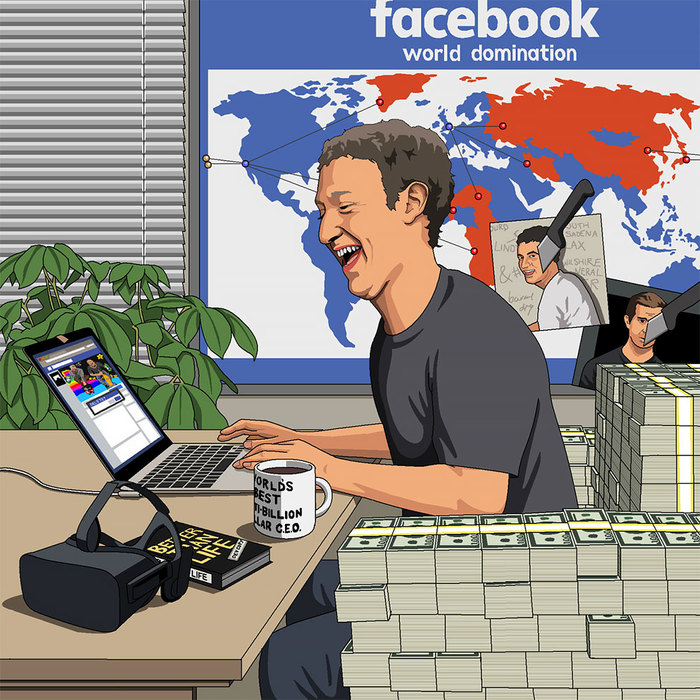 Technical charts for these major European equity indexes show a bearish signal known as a “death cross,” which signals fading momentum in the region’s equities that have struggled to recover after their correction in February and are again falling behind Wall Street.
https://www.bloomberg.com/news/articles/2018-03-18/asia-stocks-set-for-mixed-start-as-traders-eye-fed-markets-wrap 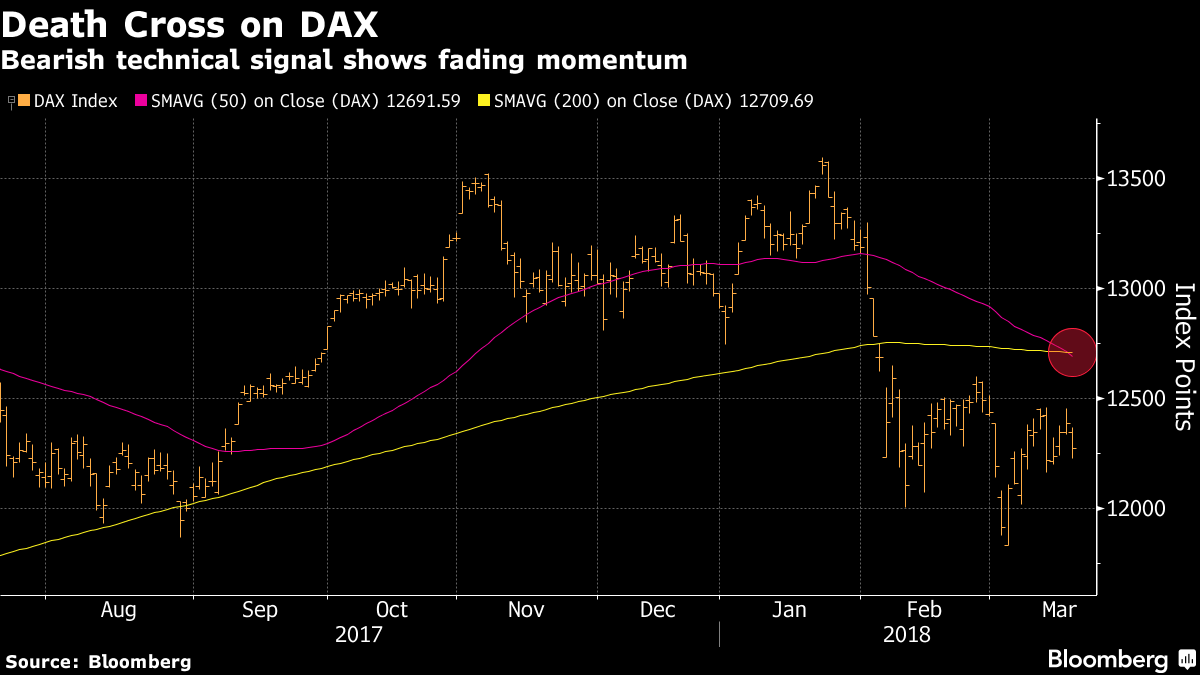 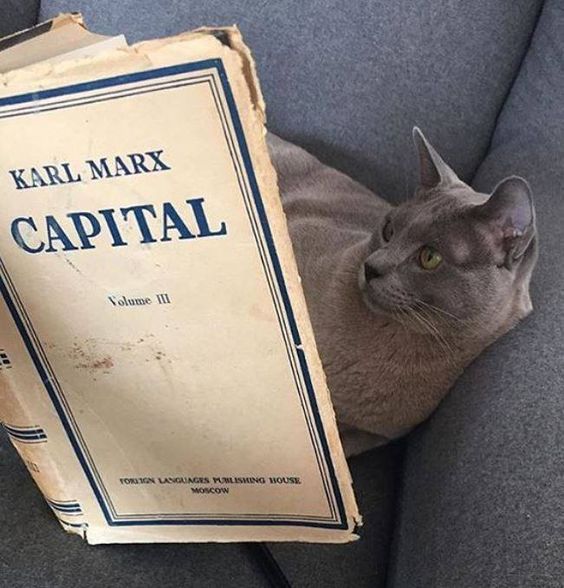 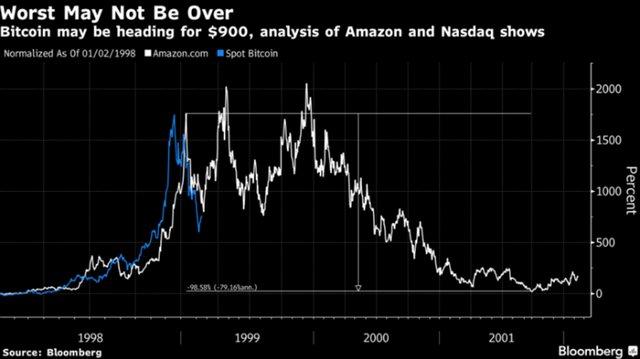 Ivan Avdeev | 2018.02.07
No amount of work or money can replace health. By all accounts we got out of the drawdown. Further more conservative quiet trade 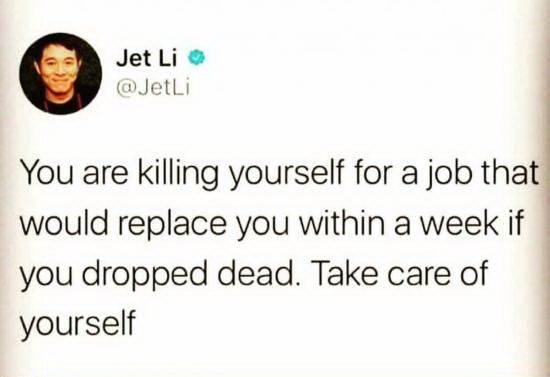 A majority of SPD delegates gathered in Bonn on Sunday voted in favor of negotiations to renew the “grand coalition” with Merkel’s Christian Democratic Union-led bloc. Party and labor leaders had argued to move forward with a joint policy outline reached on Jan. 12, rather than walk away from government. 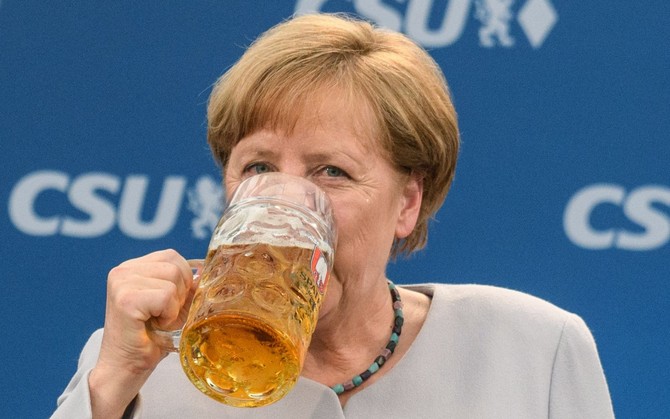 "We have been of the view that the risk on the euro/dollar is still on the upside," said Tan Teck Leng, forex analyst for UBS Wealth Management in Singapore.

"The euro is still not at a level that should concern the ECB," Tan said, adding that the euro's recent strength seems to have had little negative effect on euro zone business sentiment or exports.

The dollar has weakened recently as markets grow increasingly confident that a global recovery will outpace U.S. growth and prompt other major central banks, led by the ECB, to unwind their easy money strategy faster than has been expected.

Market participants cited short-covering in the dollar in the wake of its fall over the past week, and there was also talk of dollar-buying by Japanese importers.

A small cut to the Bank of Japan's buying of long-dated Japanese government bonds in a regular market operation last Tuesday had spurred speculation that the BOJ could edge away from its massive stimulus program, pushing the yen and global bond yields higher.
https://www.cnbc.com/2018/01/15/euro-eases-from-3-year-highs.html
Поделитесь в соцсетях · 1

The oil rig was built mostly in China and drilled its first well in Cuba. Now it’s delivering a victory for Russia in its fight against U.S. sanctions.

Italian oil giant Eni SpA and Russia’s state-controlled Rosneft PJSC are using the Scarabeo 9 ultra-deepwater rig to drill in water more than 2,000 meters (6,600 feet) deep in the Black Sea. It’s the first well drilled by a western company at a Russian oil project that falls squarely under U.S. sanctions imposed on the sector in 2014.
https://www.bloomberg.com/news/articles/2017-12-19/sanctions-proof-oil-rig-thwarts-u-s-policy-from-cuba-to-russia 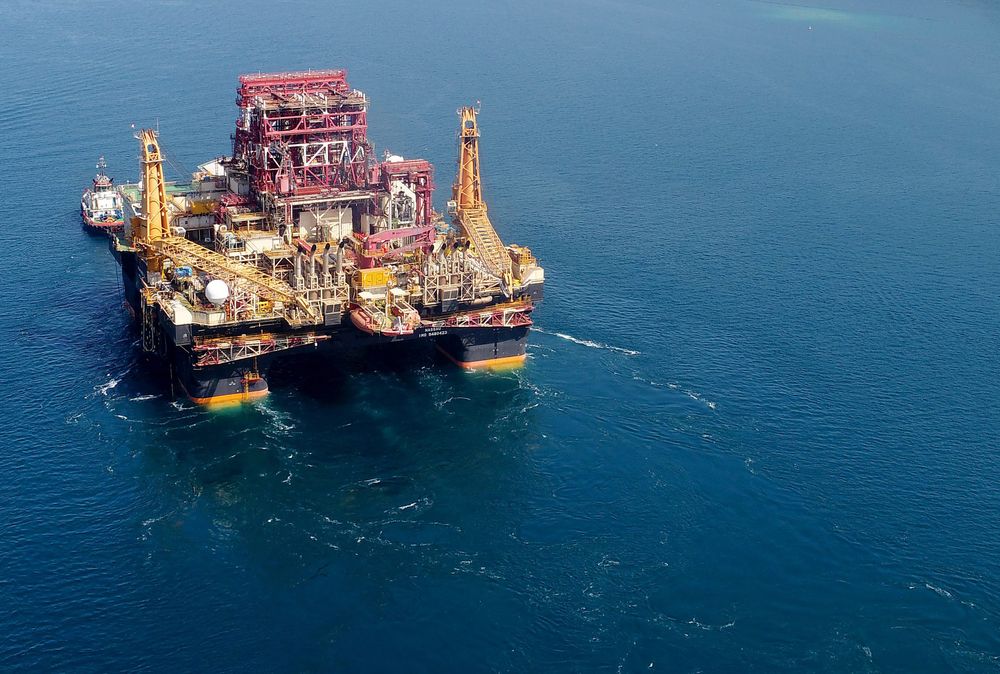 Ivan Avdeev | 2017.11.12
Bitcoin continued its retreat from a record high after traders weighed in on the cancellation of a technology upgrade that threatened to disrupt the biggest cryptocurrency.
https://www.bloomberg.com/news/articles/2017-11-10/bitcoin-slumps-as-developer-community-remains-divided
Поделитесь в соцсетях · 1
12