We have previously considered the creation of automatic walk-forward optimization. This time, we will proceed to the internal structure of the auto optimizer tool. The article will be useful for all those who wish to further work with the created project and to modify it, as well as for those who wish to understand the program logic. The current article contains UML diagrams which present the internal structure of the project and the relationships between objects. It also describes the process of optimization start, but it does not contain the description of the optimizer implementation process.

Further, let us consider the relationships between the objects and the process of their creation during application launch. Prior to this, we need to consider the graphic layer and its components: 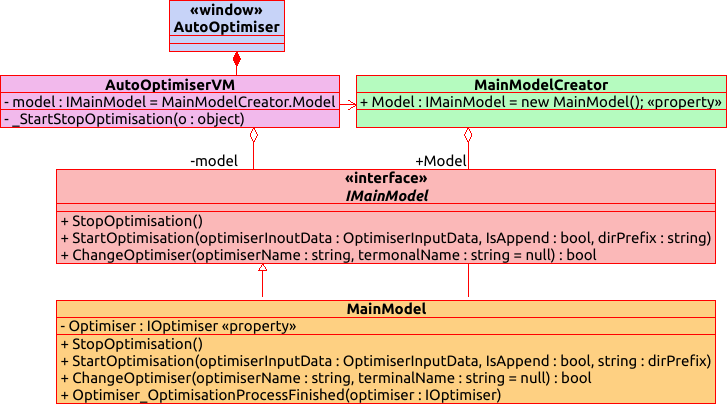