This article is the first in a series of articles on manual trading automation in the МetaТrader 4 trading platform. Each of the articles will be devoted to one of the following aspects: automation of manual trading, current state of trade display automation and automation of reports on trade results. In this article, I will present an interesting approach to creating EA's controlled manually by a trader.

Before we start, let's first have a look at the operation of the Expert Advisor that will be considered further below. The video will give you an idea of the processes that take place in the terminal during trading. As a result, the article will be much easier to understand (something like: "ah, so that is how it is implemented!").

For better comprehension of the video, it will be enough to understand that there is an Expert Advisor that operates in the terminal and is controlled by dropping control scripts onto the terminal window. The Expert Adviser itself does not trade. It can only pull stop levels (Stop Loss and Take Profit) after receiving a relevant command from a trader. Script names clearly correspond to their respective actions, while their use is explained in tooltips. 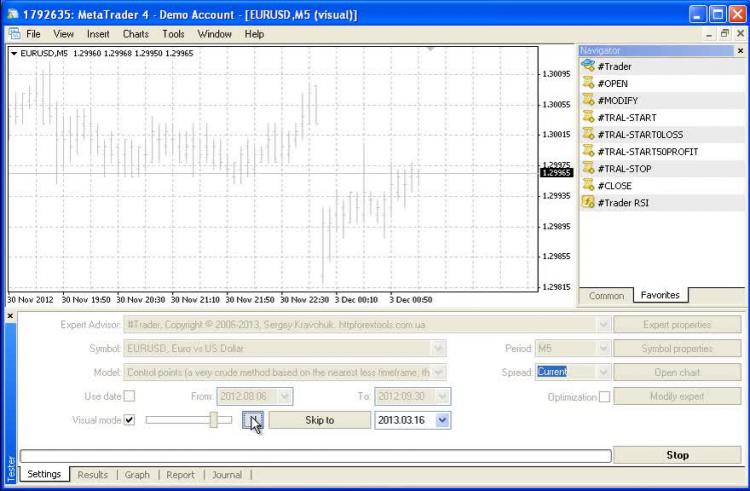