Rogerio Figurelli | 2014.02.11
Another and not 'so scary' graphics and vision of DJIA, using logarithmic differentiation and comparing with 1929 (graph source: Stockcharts). By the way, if we compare the crisis of 1929 and 2008, which was quite done at that time (2008), the logic is repeat the same period of growth after such crisis. 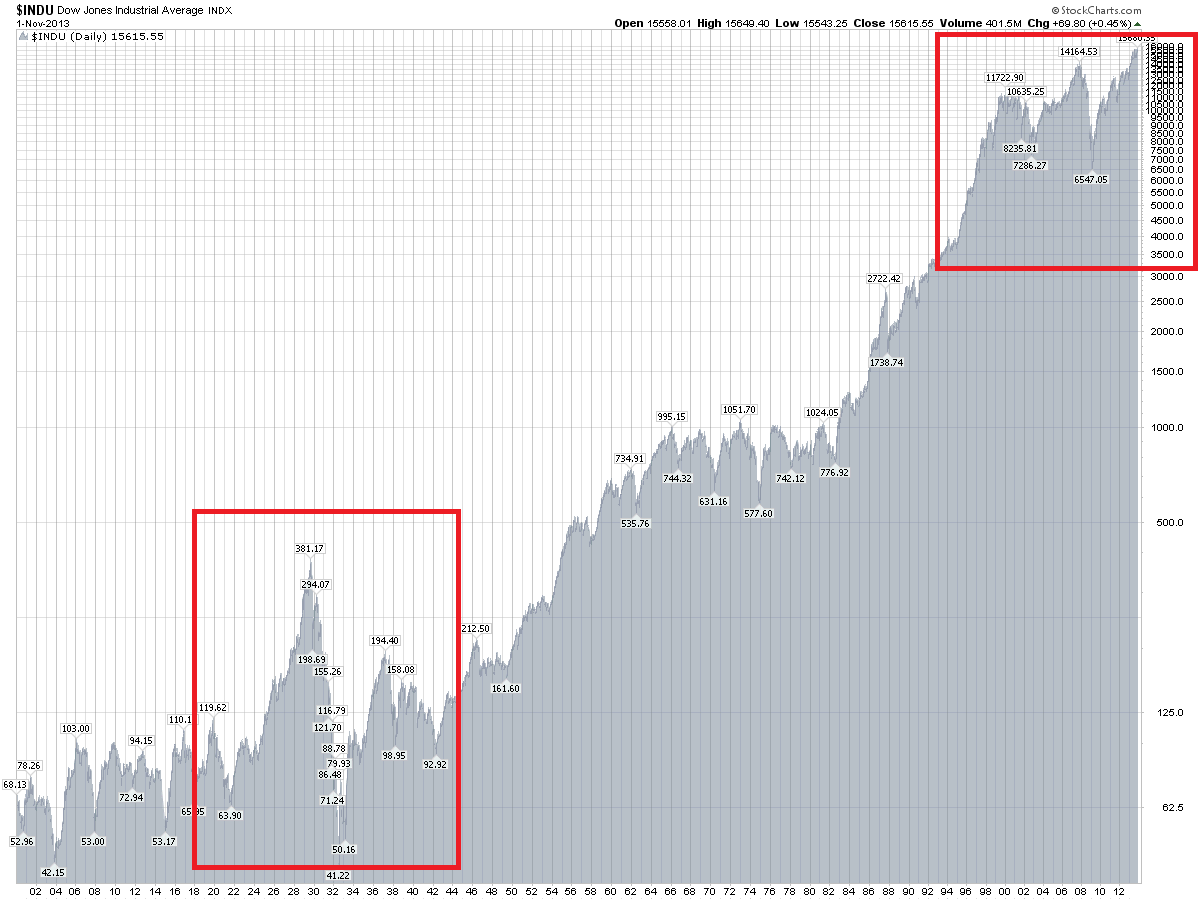 Rogerio Figurelli | 2014.02.11
An algorithm to test the limits of high risk and leverage, after surviving one year: https://www.mql5.com/en/signals/5369
In my opinion, such risk appetite just computers can face today.
Share on social networks