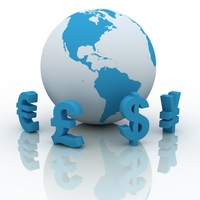 75 USD
Category: Experts
Activations: 5
Demo downloaded: 1 079
Author: Konstantin Chernov
Published: 7 December 2012
Current version: 2.25
Updated: 12 March 2014
How to buy а trading robot or an indicator
Run your EA on
virtual hosting
Test аn indicator/trading robot before buying
Want to earn in the Market?
How to present a product for a sell-through

One of the strategies used by successful traders is pair trading. At the time, this strategy has been the prerogative of only large hedge funds, unit investment trusts, dealing centers and banks. Today, many traders and investors use pair trading in their arsenal.

Pair trading is one of the many varieties of the arbitration. The way this Expert Advisor trades falls under the category of the statistic arbitrage. The strategy is to search for extreme deviations in the behavior of two instruments with a high correlation. At that the general neutral position on the market is maintained.

I think many will be surprised to know that some famous investors and traders, as a rule, made their fortunes not simply investing in their chosen instruments, as it is often presented in books and magazines, but through a complex of hedge strategies to minimize risk. Expressive traders on CME (Chicago Mercantile Exchange) trading futures contracts are mostly just a link in a well-engineered hedge scheme: selling stock basket (cash), simultaneously buying contracts (futures), or vice-versa - selling futures and buying stocks.

Pair trading has its own peculiarities. So, for instance, the addition to a losing position is a frequent example of undisciplined trading. On the contrary, in pair trading such a step can be a part of the working strategy as the spread naturally seeks to roll back from its peak with a much more probability than a stock. Of course, as in any other strategy, money management and risk control is a way to success.

There are entire hedge funds who work only with this pair trading staying market-neutral. The Expert Advisor analyzes the average difference of rates of two instruments and in a definite convergence/divergence goes both short and long. Profit is obtained from a relative change of price of these two instruments. The relative prices are more stable than absolute ones. The most essential feature of these positions is that the absolute price changes are not significant. A profit on one side is compensated by a loss on the others side. Only if the prices of the two contracts will change relative to each other, there will be a profit or loss.

The 'Factor to increase/decrease lot of ally instrument' parameter is used if the tick value differs on the selected instruments. For instance, tick value for gold and silver differs 5 times. Respectively, for the Factor to increase/decrease lot of ally parameter the value of 0.2 should be used, if the Expert Advisor is run on gold (on silver the lot will be 5 times less). If the tick value is the same, for instance at EURUSD and GBPUSD, then the parameter value is = 1.

EURUSD+GBPUSD (in "all ticks" mode). Having the initial deposit of $10000 ArbitrageStatistic(Hedge) earned $21834,04 on EURUSD+GBPUSD for a period since 1st of January, 2011 to 1st of December, 2012. You can get identical information if you download a demo-version of the Expert Advisor and test it. The Expert Advisor has flexible settings so each trader can adjust it to own work style. Besides, practically all parameters can be optimized in the strategy tester. A good decision for those who want to get a ready-made Expert Advisor for less money.