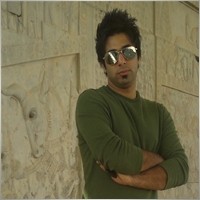 TipMyPip 2014.09.19
Can you please tell me which Harmonic Pattern Indicator are you using? 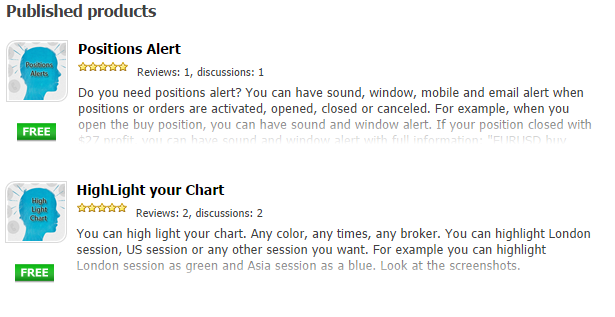 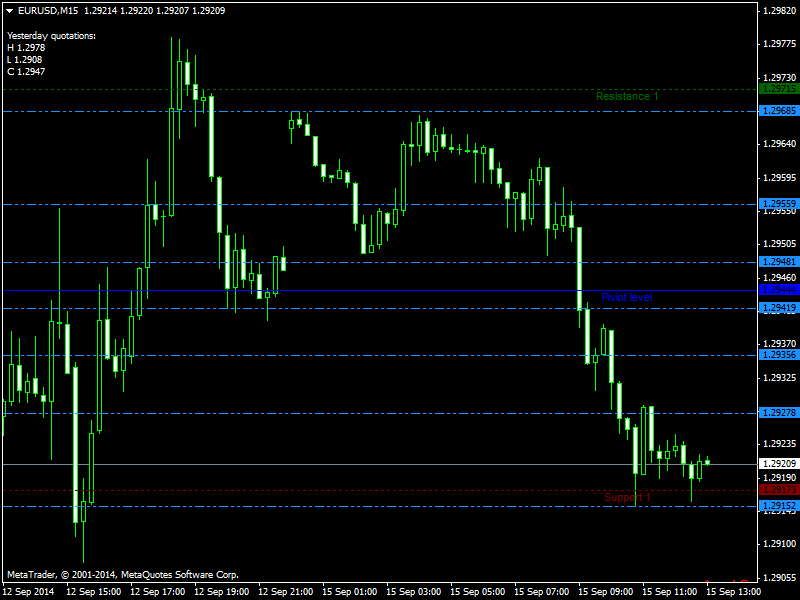 Amin abdollahi rad 2014.09.14
Forex success is possible only through knowledge. 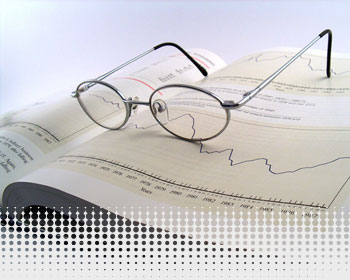 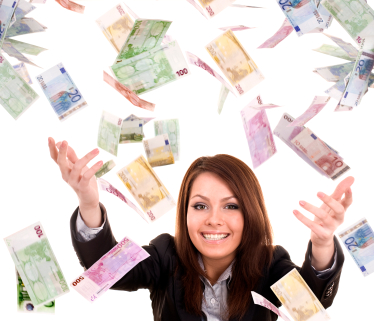 Amir Sadeghi 2014.09.12
I hope you get TP, because I have sell position on USDJPY, if your psiton get TP my position will too

Amin abdollahi rad 2014.09.12
Good afternoon, dear traders. Today at 14:30 CET we expect the release of the key long-term US economic indicator, Core retail sales. The index is published monthly by the US Department of Commerce and indicates the relative volume change in retail sales of all commodities, except for cars, which make up 20% of the trading volume. Core retail sales is a monthly measurement of all the goods sold by retailers, based on sampling of retail stores of different types in the United States. Thus, this indicator defines consumer confidence and represents a significant interest for investors. We also recommend to pay attention to the new EU sanctions imposed against the Russian banking, oil and defense sectors. It should be noted that this increases the probability of a disproportionate response on the part of Russia regarding the EU. This is why the long-term outlook for euro remains in question, and risks should be monitored very carefully. However, today we expect the released Core retail sales would bring the main volatility momentum and can have a significant impact on the price of the instrument EUR/USD.
分享社交网络 · 11 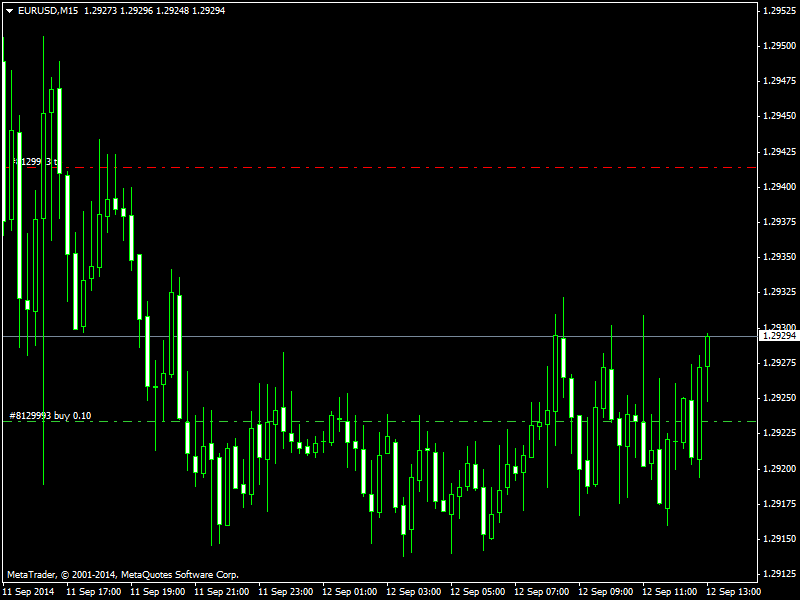 Izzatilla Ikramov 2014.09.12
I think that is it too early to go long. Yes EUR sometimes shows a potential strength - but USD is too strong. Follow my forecasts - long EUR against other weaker currencies.

Amin abdollahi rad 2014.09.12
Everyone can have their own market analysis. It seems I'm not 100%. And just for my consultation. 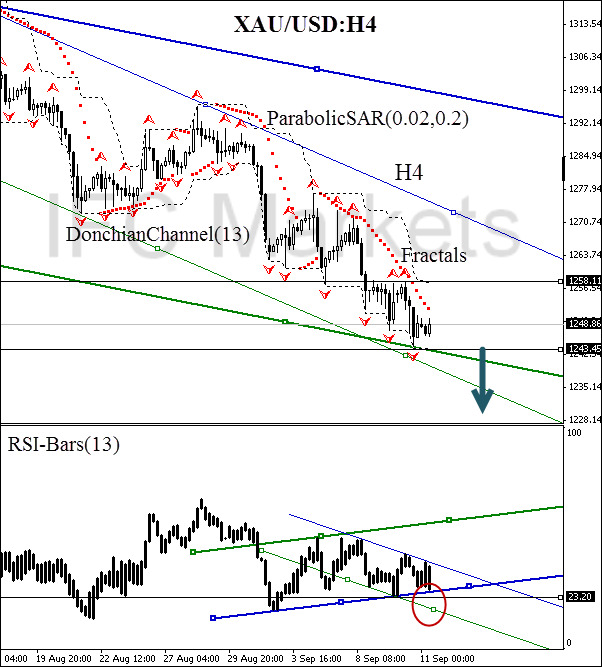 Tamer Soliman 2014.09.11
Amir, don't feel afraid, just take it with small volumes in case ;-) by the way ,when the gold drop down the Euro also do the same, so there is nothing to feel afraid of ;-) 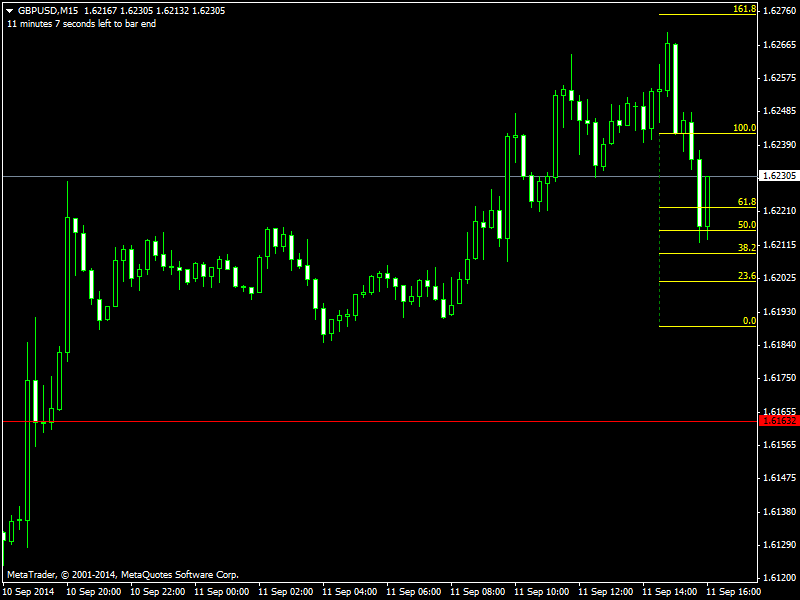 Amin abdollahi rad 2014.09.11
It's really good pitching every day, we thank you for your time.

The Australian dollar jumped from yesterday bottom at 0.9111 after the employment report showed a huge improvement in the number of persons employed during August. The employment change was expected at 15.2K and was released at 121K. The unemployment rate dropped to 6.1% while it was expected at 6.3%. The statistics bureau of Australia said that the record number of employment increase was because of a rotation in its survey group. At the same time the Chinese CPI for August stood at 2.0% compared to 2.3% the previous month and below expected at 2.2%.


The AUDUSD therefore has two contradicting dynamics driving its trading early on Thursday, the forex couple prices jumped to 0.9215 providing some good chance to reposition on the short side as the down trend is in place and the chances favor the downside revival. Later on today the US Jobless Claims would be released with investors focusing there for clues on Federal Reserve’s rate policy. Stronger than expected US Jobless Claims would strengthen the greenback further and thus push lower the AUDUSD.


The Reserve Bank of New Zealand maintained the OCR at 3.50% as widely expected and its Governor said that he would keep a wait and see stance for some period before policy adjustment decision, lower inflation expectations provide room for a period of stability in interest rates. The market participants interpreted this as more dovish than expected with the NZDUSD taking the down walk to a more than 7-month low at 0.8171.


Elsewhere, the greenback remains firm against its counterparties with the US dollar index holding its ground near the cap at 84.47. The British pound against the greenback bounced up to 1.6218 as traders are collecting their profits from previous short positions. Uncertainty over Scotland’s independency remains high with Mark Carney, the Governor of BOE, saying that in case they keep sterling then the independent Scotland would need to build up currency reserves more than the size of the nation’s economy. With one week ahead of the referendum the recent polls show that the separation is very possible and that would have impact in other economies as well, for example there is tendency of Catalonia region towards independency from Spain.
分享社交网络 · 11 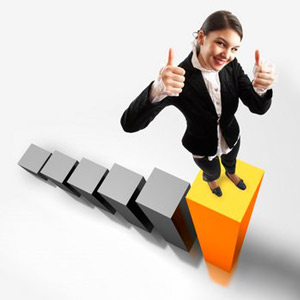 Amin abdollahi rad 2014.09.10
Aussie In a Downward ahead of Australian Employment Report

The Australian dollar weakened considerably to support at 0.9155 against the US dollar after being in a range trading formation for a more than a month. The greenback remains strong in general but more specifically its power is increasing with Asian currencies while against other major currencies is consolidating. The AUDUSD downside bias was triggered by the release of a worse than expected Business Confidence indicator and the violation of the bottom of the range trading at 0.9259 in yesterday session. Earlier today Westpac Consumer Sentiment released a far below number than the previous figure and that increased selling pressure, prices have now reached support at 0.9155.

The kangaroo versus the greenback is now in a downtrend with the greenback remaining firm as expectations for rate hike are growing and tomorrow morning we anticipate Australian employment change expected to stand at 15.2K and Unemployment rate to fall at 6.3% from 6.4%. Weaker numbers than what is projected would have a further negative impact on the currency pair and that could push it to next daily support at 0.8995. In addition, the Chinese CPI is expected to be reported at 2.2% for August, should that come lower, then risk appetite would decrease lowering demand for Aussie.

Elsewhere, the greenback continued its rising directions against the Japanese Yen to a fresh 6-year high at 106.54 as investors are looking to US Jobless Claims tomorrow and expectations is built that a good number would support the Fed’s interest rate raise next year. The Euro against the US dollar is hovering at the moment above the 14-month low at 1.2864; negative bias remains firm while tomorrow we expect ECB monthly bulletin and German CPI data, also ECB President would speak in the evening at Eurofi Financial Forum.

Lastly, the British pound is consolidating after finding support at $1.6065. Eight days are away for the referendum on whether Scotland should be independent. There is a pause of news coming from UK for that matter however at any moment we could have new developments so we should be cautious. Uncertainty remains high because separatist outcome took the lead thus the pound is likely to dip deeper.
分享社交网络 · 8

Amin abdollahi rad 2014.09.09
What is CFD:
CFD
Contract for Difference (CFD) is an agreement between two parties, described as buyer and seller, to exchange the difference between the initial value of the underlying asset when the contract is opened and the value of the underlying asset when the contract is closed. For example, suppose the initial price of Apple’s share is $100 and a CFD for 1000 shares is exchanged. If the price then goes to $105, then the buyer gets $5,000 from the seller. If the price then falls to $95, the buyer pays the seller $5,000. No physical ownership, or purchase and sale of the underlying asset is involved in this contract. This enables investors to avoid any underlying asset ownership and associated transaction costs. These contracts can also be on the difference of two assets' prices.
分享社交网络 · 7

Forex (FOReign EXchange, FX) market is an inter-bank currency exchange market. In 1971 Forex market replaced the Bretton Woods system - rates were no longer fixed but floating. Basically Forex is a multitude of currency exchange transactions when counter-parties exchange specified sums of one currency to another at an agreed rate on a certain date. The exchange rate is determined by market forces - offer and demand.

The overall volume of transactions in the global currency market is constantly growing. This is due to the development of international trade and abolition of currency restrictions in many countries. Daily turnover of conversion transactions in the world is estimated at $4 trillion. About 80% of all transactions are speculative transactions with intention to derive profit from jobbing on the exchange rate differences. Jobbing attracts numerous participants, both financial institutions and individual investors..
With the highest rates of information technologies and communications in the past two decades, the market itself has changed beyond recognition. Once surrounded with a halo of caste mystique, the profession of currency trading has become almost a mass. Currency transactions, which were recently privilege of the biggest monopolist banks are now publicly accessible thanks to e-commerce systems. And the foremost banks themselves also prefer trading via electronic systems rather than individual bilateral transactions. Daily transaction volumes of the largest international banks - Deutsche Bank, Barclays Bank, Union Bank of Switzerland, Citibank, Chase Manhattan Bank, Standard Chartered Bank are estimated at billions of U.S. dollars.
An important feature of the Forex market, however strange it may seem is its stability. Everyone knows that one of the properties of the stock market - its sudden falls, which has been proved very clearly during the recent crisis. Unlike the stock market, Forex is not falling. If the shares become worthless - it's a catastrophe for the both - issuer and investors. If one currency collapses, it only means that another one gets stronger. In late 2008 - early 2009 for instance, the Dollar has risen by tens of percent against all currencies. Still the market did not collapse and trade continues as usual. This is the stability of the market and related business - currency is an absolutely liquid commodity and will always haggle. The main advantage of the currency market is that one can achieve a sustained success with the power of intellect.
Forex is around the clock. It is not related to any specific timetables as trade takes place among banks located in different parts of the World. The mobility of foreign exchange rates is such that significant changes happen quite frequently, which enables to make several transactions every day. If you have an elaborate and reliable trading technology this can be turned into a business no other will be able to compete with. No wonder why banks buy expensive electronic equipment and maintain hundreds of staff of traders, working in different segments of the currency market.
Initial cost of getting into the business is extremely low. One needs to undergo a basic training, to buy a computer, to open an account and make a deposit - everything under several thousand dollars. You will never ever be able to start up any other business with such money. It is more than easy to find a reliable broker too. The rest of course depends on the trader only. Just like any other activity nowadays you are getting yourself into - it all depends on your personally. International monetary system has gone a long way over the millennium of human history, but there are no doubts we have seen it changing in the most interesting and previously unthinkable way. There are two main changes determining a new image of the World's monetary system:
The money is fully separated from any tangible media or equivalent.
Powerful information and telecommunications technologies made it possible to combine monetary and banking systems of different countries into a single global financial system that has no boundaries.
分享社交网络 · 8