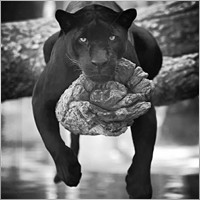 I missed the NZ Interest Rate Decision due to travel commitments and have just had opportunity to check now.

I have marked up on a chart how trading up to 2 hours after the Interest Rate Decision using Fibonacci Retracement for a "Sell" entry level and stop loss would have still given 60 - 85 Pips with a 30 Pip Stop Loss.

If you like News Trading it's a very simple technique and its works time after time.
Any questions message me. Adrian 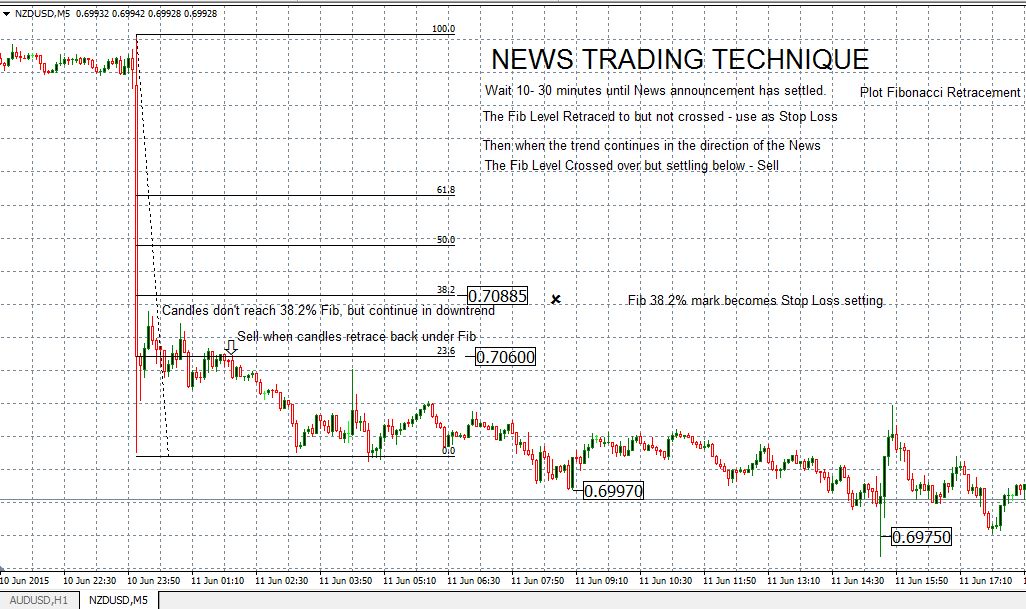 Matthew Todorovski 2015.06.12
I like news trading, but it is impossible to find a working EA that is successful at trading news events. 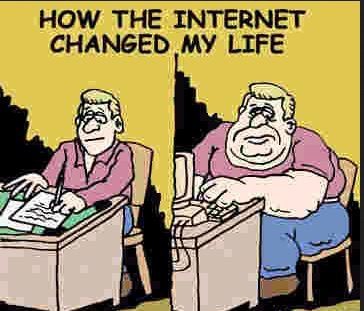 Matthew Todorovski 2015.05.17
So true. This is terrible: I need to find a way to automate my trading FAST, so I can get away from the computer (and exercise)!

Adrian Forrest 2015.03.17
Have taken my EA back to the drawing board to do some revising. It appears to be working & ok according to plan but I think I can do much better with it..
Basically it places Buy & Sell trades initially and then places trades according to price action (This still needs work).

Attached is a Back Test since 29/12/14 to last weekend on EURUSD M1 Chart which is promising.
Maximum Draw Down is 58% but that's very hard to see as all trades close out together and the biggest loss (Group of closed trades- Buy & Sell) has been 8% of initial deposit. The green equity line is the line that tells the story as every movement up or down represents closure of all trades.

Any ideas on how to improve are welcome, please PM me your thoughts. 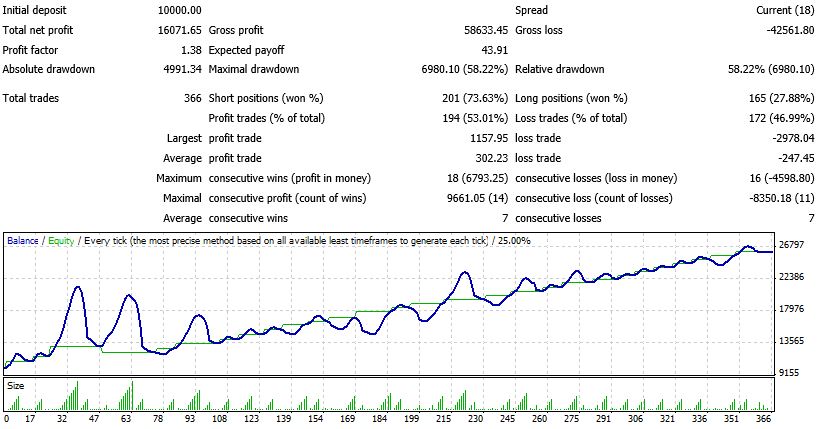 Matthew Todorovski 2015.03.17
Always room for improvement (that goes for anything really). I can only make some general suggestions, like with the price action to use harmonic patterns, perhaps even look at elliott waves or fib levels, and filter trades according to trend... It is difficult to make specific recommendations without knowing the EA inside-out - only the original developer/s would know that much about it!

I close out all open trades around 15 minutes before trading ceases at week end. 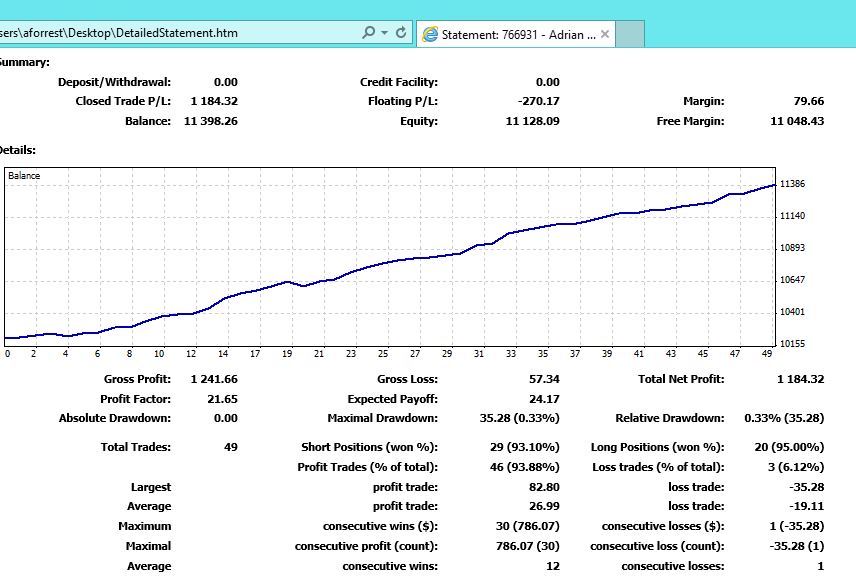 Adrian Forrest 2015.01.25
Roboforex (RHS) has kicked the week off with big fat spreads.

Matthew Todorovski 2015.01.27
haha who uses Roboforex? They are clowns with such tricks as huge spreads and bad pricing...

Adrian Forrest 2015.01.16
FXCM is not the only currency broker slammed by the dramatic Swiss move.

Interactive Brokers (IBKR), an electronic broker that deals with stocks along with currencies, said several customers suffered losses in excess of their deposits with the firm. Interactive said such debits amount to about $120 million, or 2.5% of the company's net worth.

Global Brokers, a New Zealand firm, also said its capital had been wiped out. The U.K.'s Alpari said it's unable to cover client losses and is now insolvent.


I wonder how many more.

Probably old news, but new to me.
分享社交网络 · 2

Pedro Miranda 2015.01.19
That's very scary actually. But it is Forex. The same thing that can happen to you, could happen to your broker. It is rare, but well. it happens. Anyway. Some people might actually have gotten rich with the EURCHF jumps. That's when I feel if we don't know the information before, trading turns into gambling.