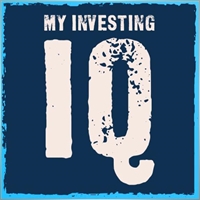 I have a very extensive experience in trading! Started back in 2005 and professionally in 2011! I will share mainly strategies which have worked more than 10 to 20 years but also a few backtested on shorter periods!

Over the years I have developed over 100 long term swing and day trading strategies of which 15 to 20 are in use at this moment! Some of those strategies I'd like to share here with you!

Usually traders with less than 2-3years of experience go by the trendy wave and pick one or a few systems that show up the highest CURRENT yield! Most of these systems are on lower time frames (1,5,15min), and have been doing great in the last 3-6 to 9 months! Also in order for them to have produced 100 to 500% profit as it shows they’ve been traded on maximum or close to maximum leverage (over 25) and also their stop loss would wipe out a big chunk of your capital!

So when people see such a system the human greed automatically sets them on it, they pick it and shortly within a few months they loose their money!

There are ways to trade high leverage but every trader will need to put the time to understand when and how to do that!

SO BE CAREFUL WITH LEVERAGE!
친구
요청