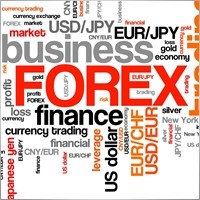 bota mircea 2014.05.06
The gold price rose yesterday in the first day due to risk aversion installed after the events in Ukraine. Currently the price has stabilized at around $ 1309 per ounce. Brent oil price fell yesterday despite previous speculation of a possible drop in demand caused by problems in Ukraine. Wheat was not so lucky, its price reaching peak last year. Wheat supply could suffer this year. Ukraine is one of the largest exporters of wheat in the world, and the current problems could endanger the harvest.
Share on social networks

bota mircea 2014.05.06
Problems in Ukraine sparked risk aversion in the first part of yesterday. The German DAX30 lost nearly 100 points, helped by Sentix confidence index that was published as analysts. In the afternoon the international capital market has recovered. The Dow Jones Industrial Average rose to a new record high on the spot. Ukrainian bond borrowing costs rose yesterday by 0.03% to a maximum of 17 March.
Share on social networks

bota mircea 2014.05.06
The European Commission cut growth forecasts for inflation in the Eurozone, but investors did not react. Euro continues to remain quite strong, around 1.3900. The U.S. dollar is apparently not supporters. Although the ISM index was above estimates dollar failed to gain ground against its counterparts. The Australian dollar strengthened after the RBA has kept interest rates at a record low, but failed to maintain these gains.
Share on social networks

bota mircea 2014.05.05
Gold appreciated as an asset of refuge, and investors do not take into account the reports Friday that normally would have resulted in a decrease in value. The price of wheat has increased by more than 2% on bid speculation that this year will be lower due to problems in Ukraine. Brent crude was bought at a higher all because of speculation about a low offer because of all the turmoil in Ukraine.
Share on social networks

bota mircea 2014.05.05
European capital market is further destabilized by problems in Ukraine. Political and social issues in this area have led to a further decrease of shares in Russia. Asian stock market dropped again after HSBC index has been published below expectations. Estimates of growth were reduced to 7.1% this year in China.
Share on social networks

bota mircea 2014.05.05
Despite reporting more than expected on Friday, the dollar failed to gain ground. The unemployment rate fell to 6.3% because many retired participants, and this is expected to grow to the next record. The Japanese yen appreciated in the morning it as an asset of refuge. Australian dollar seems to maintain high enough that could lead to keeping interest rates by the RBA.
Share on social networks

Will anything change in Fed policy as a double surprise in the U.S.? ADP preface - if you believe the recent success - a good NFP, more than 200 000, but in the first quarter GDP is chilling: the economy has "frozen" in its first quarter, when the weather was very cold. GDP to 1.2% annualized hoped managed a minor addition of 0.1%, but it's a good side: the return of T2 will be even stronger. He will be impressed by the figures Fed weak, or will give ear rather force labor market, which also refers to a later period? Most likely the Fed will decide step 10 billion dollars in withdrawal of QE program. Markets will vibrate, then get used to the idea. Advance relatively strong versus US30 US500 says but be careful when approaching large drops.

bota mircea 2014.04.30
European capital market increased to the maximum of the last three weeks amid better than expected corporate financial reporting. U.S. stocks have been rising after the company shares in technology have had a rally, and financial reports of the companies were above estimates. Asian capital market fared fluctuating hearing before the FED today.
Share on social networks

bota mircea 2014.04.29
Brent Crude weakened after Libya is preparing to resume oil exports. Gold was down as analysts expect a further reduction of monetary stimulus by the FED. Corn has been growing after a government report showed America that production is lower than initially estimated.
Share on social networks

bota mircea 2014.04.28
Euro is worn on the shoulders of Russian banks money

Euro has recovered strongly against the dollar in the early session Monday. And not just the Euro , but sterling and Australian dollar advanced even decided . Russian banks were seen in bid sites , buying Euros in exchange for dollars . President Obama announced sanctions looming and broader measures that will hamper operations of Russian banks in dollars . In preparation, they choose to diversify their holdings .

I noticed last week that the turmoil in Ukraine , instead of depreciating EURUSD appreciates . It becomes clear now why the Euro has survived so well , scoring episodic assessments in the previous period , despite Draghi 's mesajelui . Measures taken by the U.S. are now preventive sanctions for widespread energy and the financial sector were not taken . But for the foreseeable horizon , Euro , pound and to a lesser extent the Australian dollar and the Canadian dollar versus benefit .

The list of the most "relevant " threats to the European banking system , which will be modeled in the stress tests run by the ECB , finds a currency crisis in Central and Eastern Europe, with an overall drop of bond markets . Of course, the lion is far from reflecting a wave of fear in the moment, and thus resembles more than forint and Czech crown zloty . Tests fulfill two roles : a message of confidence in Europe ( banks would be well prepared to start lending again - even if it's more an exercise in picture) and a recognition of the land before taking to the ECB's supervisory role for 130 large institutions , from national authorities.

bota mircea 2014.04.22
The U.S. dollar gained ground against most of its counterparts after a series of revised data from the FED showed the U.S. economic growth higher than initially foreseen while the Australian dollar has appreciated shy this morning in a session Asian trading with low volatility.
Share on social networks

bota mircea 2014.04.15
The EUR currency weakened against most of its counterparts after ECB President Mario Draghi said that a further appreciation of the euro would entail a monetary incentive program while Russian ruble lost ground amid conflict in Ukraine. The U.S. dollar appreciated relative to its counterparts after retail sales above estimates have been published. Australian dollar depreciated against the U.S. dollar by 0.3% this morning.
Share on social networks
123456789101112