The Legend of The Gambler

Losing trades are virtually guaranteed, and a spectacular negative equity curve that will make a grown man cry like a baby. The key is cutting your winners short, and letting your losers run. If I can do it, so can you!

Well, I'll let you in on how I developed this system, it is a pure gambling, non-statistical speculative system that is based mostly on (bad) luck, revenge trading, and the principles of the legendary Kenny Rogers aka The Gambler. And obviously, we never ever trade with a stoploss or profit target. As Kenny might say, stops are for losers.

Execution, you ask? Well, it mainly consists of that (tiny) gray matter in between my ears, and a very powerful index finger developed from owning chumps on Gears of War (Etrade!).

Only after years of pounding cheap whisky to the tune of The Gambler, I was able to unlock the secrets of the mantra:

You never count your money, when you're sittin' at the table.

There'll be time enough for countin', when the dealin's done."

At the conclusion of this prospectus, the investor may be overcome with the profound nature of THE GAMBLER system.

DISCLAIMER: I am not responsible for the occasional profitable side effects of this system, and no money management strategy is utilized to improve (negative) results.

So sit back and enjoy the ride down. Have a nice day!

/cue the music (~The Gambler)

I liked it and thought it was funny. Sounds like a lot of people I know to tell you the truth.

Of course, I stuck with the Kenny Rogers motto, and folded that hand. With about $6,000 left, and I started gambling again, believing that it was just a bad draw on the river that had caught me off guard.

And in mid-July 2008 (3 months after), I finally recovered to my initial stake money. It was like a cat scratching and clawing for dear life, many sleepless nights and bottles of cheap whiskey, I was back...right where I started.

Let's get the business out of the way,

Kids (and nubs), under no circumstances, should you try to emulate any of the hilarious slapsticking, and ego-busting gamesmanship that will certainly enter this area. There will no doubt be some friendly trash talking, jealous feline behavior, and drunks shooting off from the mouth.

If you are a guru, this room isn't big enough for the both of us, so don't let the door hit your ____ on your way out.

The purpose of this thread is mostly for some humor and small talk. No trade details will be provided or discussed. Just imagine all of the trades and account statements in this thread are from a perpetual demo account (with no expiration, of course

). And most likely, like 85% of traders here, I'm going to bust my account in the act of going for the pot.

And lastly, I am dedicating this thread to my father. He was a good man. And now, it's up to me to forge a new path into the wilderness. I'm ready.

Could someone tell me Why some great coders Buffer overflows

Bill, welcome, come on in and have yourself a drink.

This thread can also be treated as the traders anonymous AA therapy. We can actually discuss about the reality and truth of what people are afraid to talk about. As we all know, almost all the traders on the internet have huge e-peens, virtually all make good money, and all CAN trade like the Oracle. Buy at this dip and Sell at this peak, see, easy as 123.

Your learn your lesson the hard way , so you will never forget it

From Larry Williams, think deeply about this history.

The Farmer, the Gambler, and the Speculator.

How come? What can we do about it ? At last weekend's seminar in Florida Jake Bernstein shared a very telling story. It goes like this:

Several years ago Jake was speaking to a brokerage firm gathering of farmers, ranchers and a few speculators. After his speech he was asked if he'd like to meet the one customer who made money. they said he wasn't very bright, but made money. Always.

The old farmer and Jake hit it off pretty well, so the gent asked Jake if he'd like to learn his system "Sure," Jake replied. "I'd like to see what you do."

With that, the crusty, aged trader opened up his chart of Pork Bellies and brought out a pendulum on a string....held it over the belly chart and advise Jake "If it swings up and Down on the page, I buy 'em...........if it swing cross ways I sell 'em. There it is, Jake, Now ya seen my system."

Jake stepped back, thought for a minute, and then asked, "That's all, there's nothing else to it ?"

"Mmmm," mumbled the market wizard. "There is one other thing, but it don't mean much, I think. If I got a loss at the end of the day, I get out of them things."

I mulled over this wisdom on the delayed flight home (a bomb threat forced us to switch to another airline) and while driving up I-5 listening to Country Western music a 1:15 AM heard-I mean really heard- Kenny Rogers' song "The Gambler" It struck me that everyone else has focused on his words, "Know when to hold them, know when to fold them"....but the real message I heard was in the refrain, "You gotta know what to throw away, know what to keep."

That dumb old farmer must have written Kenny's song. A gambler knows what to throw away....bad cards. Traders might want to listen to the farmer's and the gambler's work the next time they want to play speculator."

Forex vs Poker Electra EA ** Released The wrong interpretation of

So the secret is out.

Here is my snake oil potion. 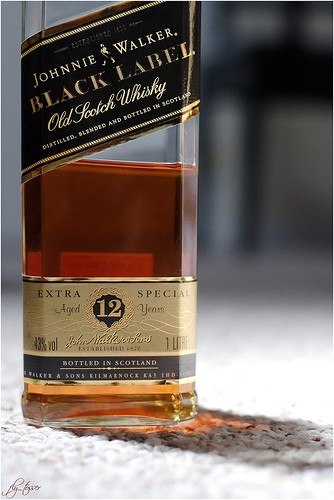 This tonic has been working for real traders since 1909.

Fell off the face of the Earth, and crawled back like a snail!

Ole' Johnnie was flowing around #44, I can assure you that.

The #1 thing I learned from Larry Williams is to pay your taxes or have a really good tax attorney.

LOL. Sorry, I've been saving that one for a long time, it had to come out. I did enjoy the story, keep them coming!

not every gambler is a looser

Need guidance to choose Are you a loser Amazing EA's

Ole' Johnnie was flowing around #44, I can assure you that.

just curious was it an expert or is this your manual trades, and if it was an expert did you create it yourself .

Don't worry I wont be asking about the method or your expert, I am seeing a good recovery curve obviously you are a good but I want to know if you are a good trader or a good programmer or both